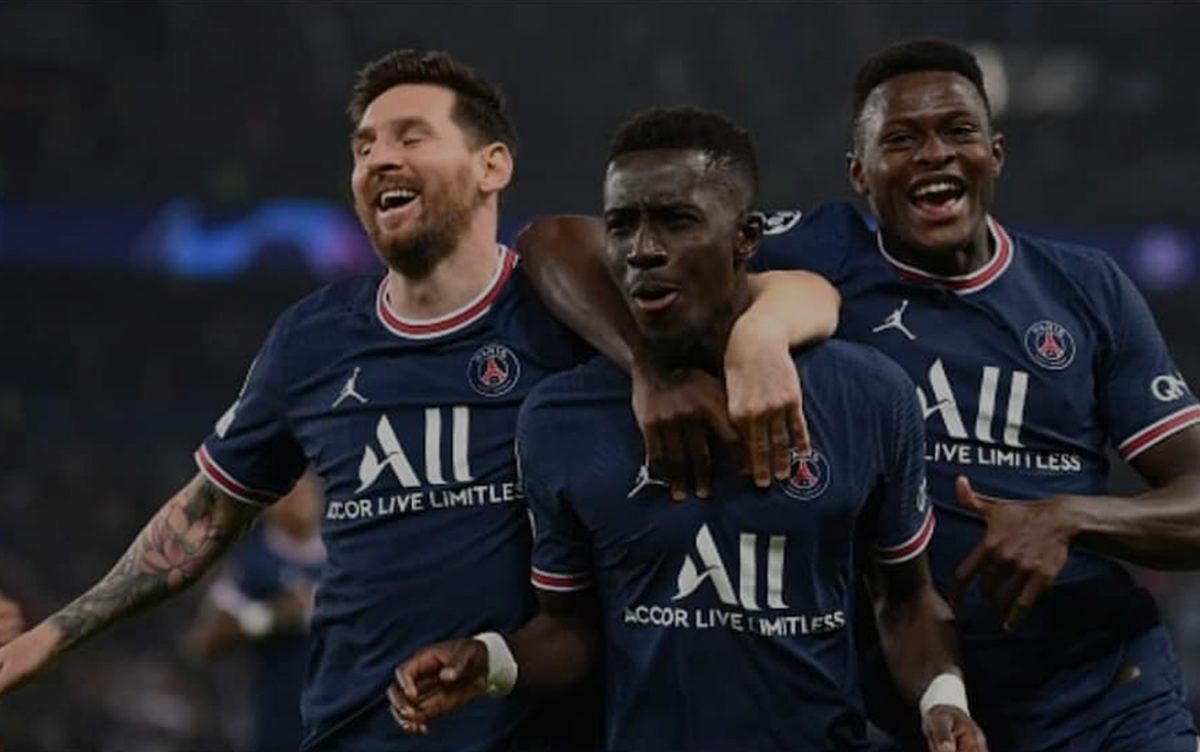 Lionel Messi has scored his first goal for French club Paris Saint-Germain as the Argentine legend found the back of the net in their 2-0 win over Manchester City, Marca reports. The hosts presented the attacking trio of Messi, Neymar and Mbappe in the encounter and it eventually paid off for Mauricio Pochettino. Although, Manchester City relatively dominated most parts of the encounter, it was PSG that claimed all three points courtesy goals by Idrissa Gueye and Lionel Messi.

The hosts opened the scoring as early as the 8th minute after Mbappe cut the ball back from the byline and Messi missed his shot, but the ball fell to Gueye, who took a touch before firing into the top right corner from roughly eight yards out. PSG 1-0 Manchester City.

City then grew into the game and in the 26th minute, Kevin De Bruyne’s wonderful cross into the box with the outside of his foot was met by Sterling, whose header came back out off the bar. The ball fell to Bernardo Silva who lifted his shot from close onto the crossbar from a yard or so out. Manchester City appealed for a penalty on the half-hour mark as there were two potential fouls on Ruben Dias and Aymeric Laporte in the PSG area, but no penalty was given. In the 43rd minute, De Bruyne’s deep corner found Ruben Dias, who had got away from Kimpembe, but his header was pushed around the post by Donnarumma. It was 1-0 in favour of the hosts at the break but City began the second half on the front foot ad it took just two minutes before Sterling made a run into the channel and was picked out.

The English forward fired a first-time shot across goal that trickled wide of the right post. In the 54th minute, goalkeeper Donnarumma who impressed all through the night once again came to PSG’s rescue once again, with the Italian goalkeeper doing well to get down and stop De Bruyne’s shot from the right-hand side of the box. Telegraph reports that the special moment of the game came in the 74th minute following a lovely one-two between Messi and Kylian Mbappe led to the Argentine firing a left-footed shot into the top right corner. Ederson was left rooted to the spot. That’s Messi’s first goal for PSG, and what a goal it was. City fought back as they tried to pull one back, but somehow they missed all their chances. It ended: PSG 2-0 Manchester City. Sradio5.com earlier reported that Juventus have been dealt a huge blow ahead of their Champions League meeting with Chelsea.

The two teams are set to face off in the elite European competition on Wednesday, September 29, in Turin in their second Group H clash. Paulo Dybala will miss the encounter after limping off in years against Sampdoria with a thigh injury.