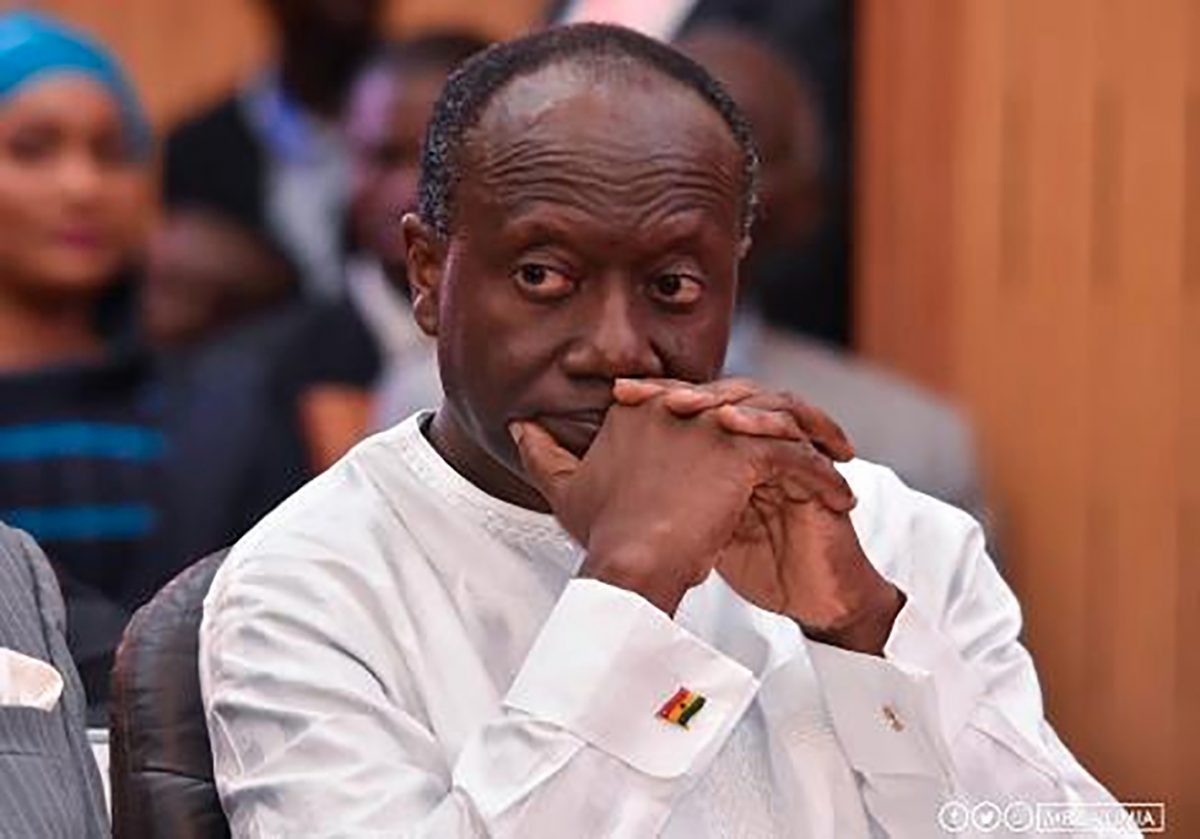 The co-founder of defunct UT Bank, Prince Kofi Amoabeng, says he once bailed out Finance Minister, Ken Ofori-Atta when his business run into some financial difficulties.

In Kofi Amoabeng’s book, “the UT story: Humble Beginnings” he recounted how Ken Ofori-Atta came to him to borrow ¢5 million to keep his business afloat.

“Ken and his partner, Keli Gadzekpo, came to me bearing their shares in Enterprise Insurance as collateral for a loan of about ¢5 million.

“At the time, the cedi had undergone redenomination and had been rebranded as ‘new Ghana cedi’. The ¢5 million he requested, therefore, was equivalent to about $5 million,” he said.

He disclosed in his book, that he felt obliged to give the money to Ken despite it being above the Single Obligor Limit then, due to their friendship.

At the time, UT was a non-bank financial service company causing a disruption in Ghana’s financial sector with their superfast loans and debt recovery strategy.

“We were very good friends so I felt obliged, albeit not without conducting the necessary due diligence. It was curious though that they did not prefer the banks where they would have secured the loan at a much lower annual interest rate as compared to our significantly higher monthly compounded interest rates.

“Be that as it may after I perused their documents. I felt it was acceptable to grant the loan. The only snag, and a significant one at that, was that the amount exceeded the Single Obligor Limit. Ideally, I should have declined their request there and then. Instead, I decided to bail them out,” he said.

Kofi Amoabeng then sought permission from his board members who opposed the granting of the loan vehemently.

In his book, Kofi Amoabeng stated that considering the stiff opposition he faced from his board members, he “literally stood surety for their application” and the board reluctantly granted the application

However, things did not pan out like he had hoped they would.

“Unfortunately, Ken failed to honour his end of the bargain. He defaulted badly on the repayment schedule. The situation was so bad that they could only service the interest on the loan,” he revealed.

“I became concerned because I had assured the board I knew Ken very well and I was convinced beyond doubt that he would honour his word. Thus I had egg on my face, especially as my partner had expressly stated his disapproval of the request,” he said.

Prince Amoabeng, even despite the difficult situation he found himself in after Ofori-Atta defaulted continued to defend him.

“I called a meeting with Ken and Keli and admonished them to do their best to pay up. I made it clear to them that I did not want my men to hassle them. Sefa Asante was the Credit Officer in charge of that portfolio. Because of my relationship with Ken and the respect I had for him, I prohibited Sefa and his team from applying our usual, rigid recovery methods.

“In fact, I gave him express instructions not to ever hassle Ken and his team. They could check on them every now and then, but they had to be discreet about it. If they felt they were being stonewalled, they should not push back or react. Rather, they should revert to me on how to handle the situation,” he said.

“Furthermore, to be double sure that Ken and Keli were not hassled, I devised a clever plan and informed them about it. Anytime the board exerted pressure on me, I invited them to a meeting, documented the meeting, and formally informed the board about it. It was all a ruse to hold the board at bay and buy Ken and Keli more time to pay up,” he added.

However, even after the grace extended to Ofori-Atta, it took him over four years to pay up his debt to UT.

“When the issue lingered, I reduced the interest rate to about 3% a month, just so they could settle their debt. Unfortunately, it took them over four years to pay up. Even then, they serviced it in bits and pieces until they were able to eventually pay up,” he revealed.