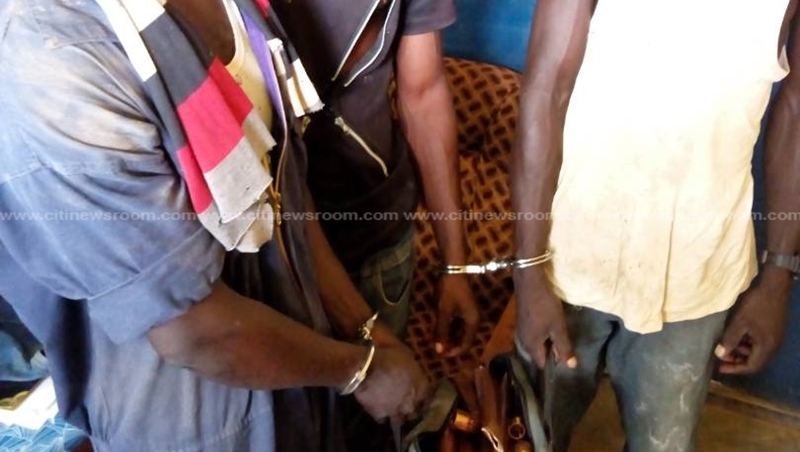 Three persons have been arrested for allegedly killing a 30-year-old man, Albert Anyinado, and attempting to sell his body to a traditional priest for GHS 7,000.

The suspects, 42-year-old Kalefe Korku, 21-year-old Afedo Kpotor, and Ametoke Sitsofe aged 27, reportedly contacted a fetish priest at Agbozume to get them a buyer of a dead body they had in their possession.

In a press release, the Public Relations Officer of the Volta Regional Police Command, DSP Effia Tenge, said the police, upon a tip-off, pretended to be interested and negotiated to buy the dead body which led to the arrest.

“The buyer agreed to meet the suspect at Agavedzi near the lagoon to receive the dead body. But suspects upon sighting the police abandoned the dead body and bolted.”

Police subsequently pursued and arrested all the three suspects in their various houses at Agavedzi, Agbozume, and Adina.

The body has since been deposited at the Ketu South Municipal Hospital morgue awaiting autopsy while the suspects remain in custody for investigations.