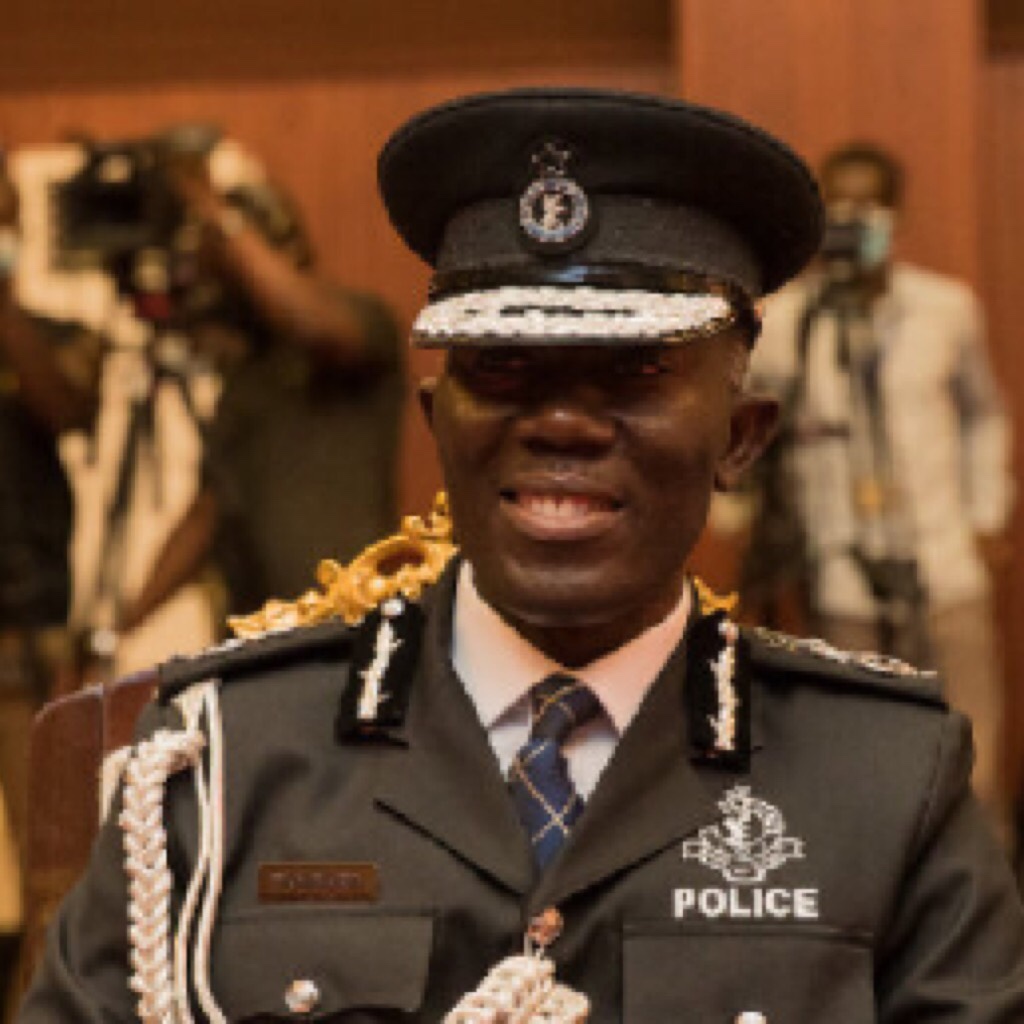 The Inspector General Of Police George Akuffo Dampare is in the news again for no obvious reason other than his angelic gestures. Since his appointment as inspector general of the Ghana Police Service in July 2021, Mr. Dampare has received enormous praises for his potent show of compassion towards the ordinary Ghana.

A young lady {named withheld} who shared her story with ace broadcaster Caleb Kudah has expressed overwhelming joy over what she termed as an angelic intervention by the Police Chief in saving the life of his dying father.

According to what MyNewsGhana.Net read, the Police Chief came across the young lady in heavy traffic while she was driving her weak father to the hospital. It was all Joy when she realized how the Inspector General Of Police managed to get her sick father to the hospital as early as necessary without her noticing the identity of her God Sent Angel was.

Read her chilling story as seen by MyNewsGhana.Net Below:

I had called to check on the state of her father. And ‘Caleb, Dampare saved my father’s life o’ was the first response when I asked ‘how is he?’.
‘Why, is the IGP your dad’s friend?’ No, he is not. So how did you meet him and how did he save your dad’s life? The account goes as follows.

Her father’s otherwise stable medical situation was fast deteriorating. He had become stiff – couldn’t talk nor walk with a flavor of diarrhea. Panicking, she did the unthinkable.
The traffic on the Spintex road was mad! So she drove in the middle of the road – jittery! Any delay, she feared would be a denial of her dad’s life. That is if he had any chance at life.

But she was stopped in her tracks! Someone in the company of police men asked her what was wrong. She tried to signal her interrogator that she had an emergency.
Relax. She was told. Certainly, she failed to communicate. But she repeated her fruitless attempt at communicating her pressing situation.

My friend relax. This time, it was an order. When she managed to calm down and her situation was properly relayed, the man asked the police dispatch ahead of him to rather lead her to the hospital.

An angel must have lost his way in heaven to provide her light in her darkest moment on the hottest hour of a really bright day. But there was a challenge.
The drivers only gave way to the police dispatch ahead. By the time it gets to her, they blocked her.
The police upon noticing her struggle, took over the driving. Luckily they got to the hospital in time. And it took these same police officers to help carry him out of the car. Her father was stabilized. A call came through the police.

She was asked if everything was ok. She responded in the affirmative.

This man then advised her to call the ambulance next time she has an emergency instead of take things into her own hands. He expressed his best wishes and they said their goodbyes.
It was after the call that the officers with her asked, do you know who you spoke to?
No. She answered! Well, that was the IGP Dr. George Akufo Dampare! She tells me she was gobsmacked.
She had heard in her words, a lot of hype around the IGP that he is working, he is working.
But she hadn’t seen anything special bia! Today, she has been overwhelmed by the wave of refreshing professionalism and servant leadership the Ghana Police Service is blowing over the country under Dr. George Akufo Dampare’s watch.

She said, you are the one who writes plenty English. Please write for the world to know so they give him all the support he needs. He saved my father’s life.

Me: we all can’t wait for every boot shined by our taxes, to carry a heart of compassion like that of Dr. Dampare.
We can’t wait for every gun-wielding uniformed man fed by our taxes, to look out for us and watch our backs as displayed in this story instead of the opposite.
While we wait for that day, it is not out of place to let the backbenchers know, we are cheering them to the finish line of their pledge to serve with integrity by celebrating the sterling examples of their torchbearers. It’s not out of place.