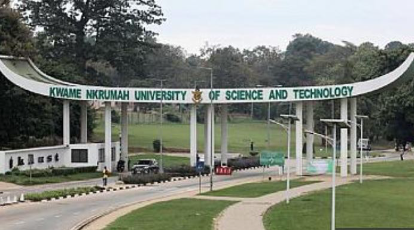 On Tuesday, September 5, 2021, there was a shutdown of the three most used social media platforms belonging to the owner of Facebook, Mark Zukerberg. Facebook, Instagram, and Whatsapp became inaccessible for over five hours.

The shutdown of all three platforms belonging to Mark Zukerberg left also people confused and worried. Most people initially thought it was an issue with network service providers, leading to an issue with internet connectivity.

While most people bought additional bundles in order to access the app, others also restarted their phones several times to ensure that they were not having issues with their phones.

One of the students who was first met by the Sradio5 team said those three social media platforms are very important when it comes to easy communication.

He said the blackout of those three social media platforms had an effect on easy communication.

Another person who spoke to the team said the blackout of WhatsApp, Facebook, and Instagram was bad and can be described as a disaster since most businesses depend on those social media platforms to keep their businesses running.

His concerns were very valid as most people depended on the internet and social media for entertainment.

A gentleman who spoke to the Sradio 5 team said since the world is now transitioning into a more digital space, it is important for alternative means of communications to be discovered so that people will not be left stranded like what happened on Monday.

He encouraged social media users to use other applications like Telegram which equally makes communication very easy.

Mark Zuckerberg apologised after Facebook, Instagram and WhatsApp crashed. Via a statement released on his Facebook account on Tuesday, October 5, Zuckerberg admitted the outage was an inconvenience as many people worldwide rely on their services.

He also announced the restoration of the services, whose outage made headline news across the world.