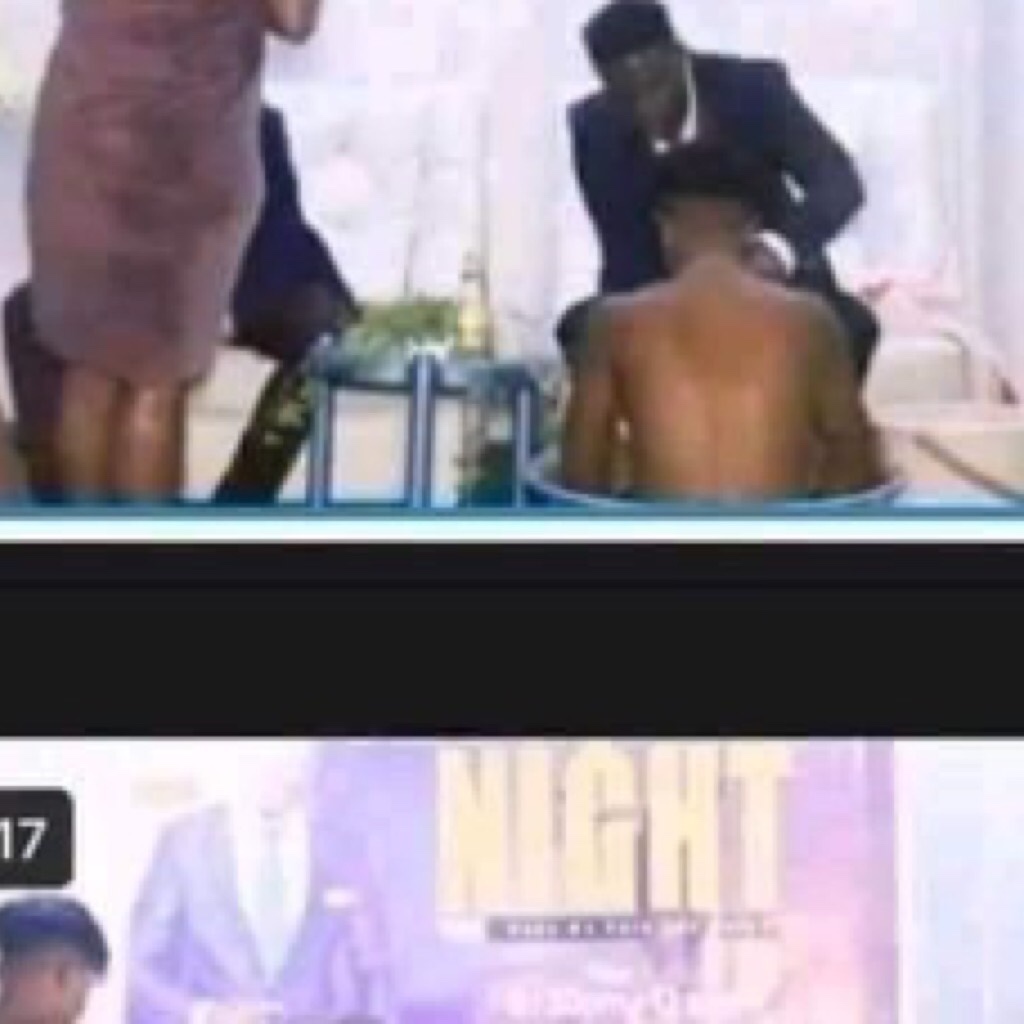 It has been revealed that the man recently seen in a video bathing some naked ladies is not a pastor as many people thought.
His name has been given as Mensah Mark, and said to be the CEO of Phens Multimedia.
In a video which has since gone viral, the man was seen bathing the ladies in a bowl but had their faces mostly concealed by the camera.

They were seen removing their panties before squatting in the bowls to receive what was captured as the “holy bath” from the supposed “men of God”.
But he been described as an “entertainer” who goes by the stage name “pastor Blinks”.
An article attributed to one Aniefiok Udoabasi and published on Facebook said “he is not a pastor. He is not claiming to be a pastor. He doesn’t own a church”.