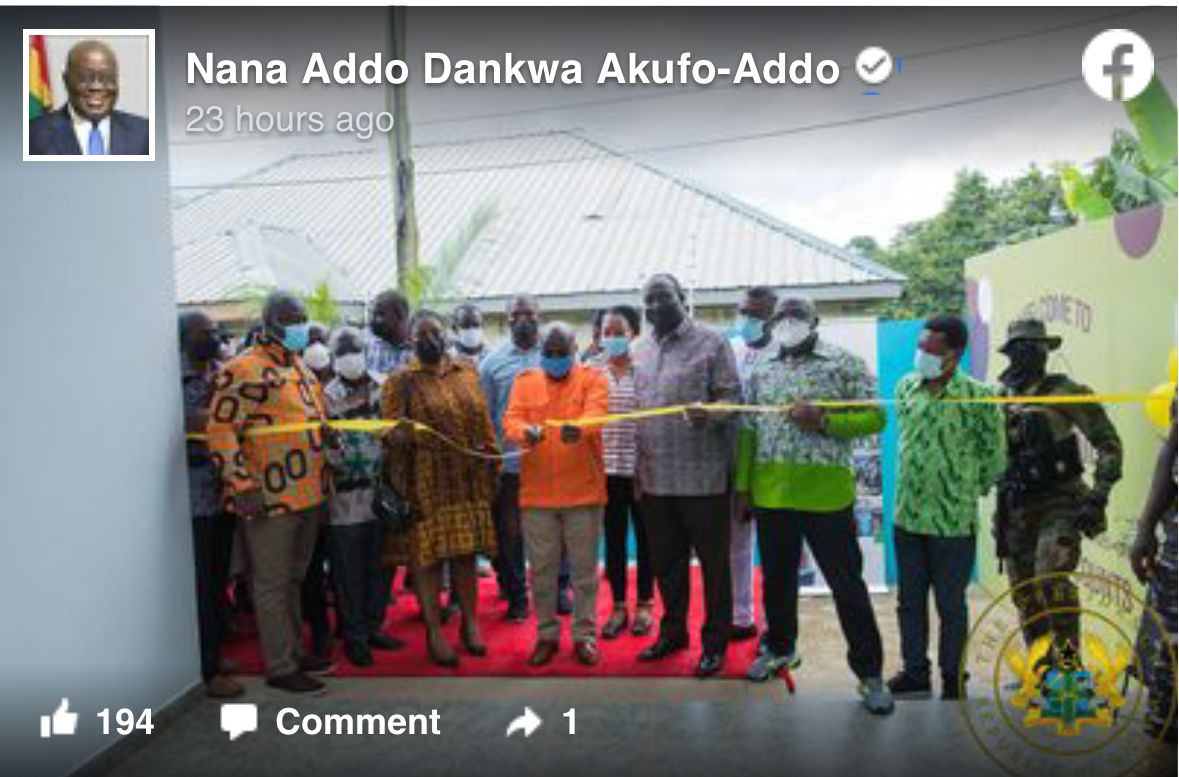 President Nana Addo Dankwa Akufo-Addo has commissioned a shoe factory under the One District One Factory (1D1F) initiative.

The Shoe Fabriek Ltd is located in the Eastern region was commissioned yesterday, October 7, 2021. The factory was established in February 2021, focuses on making high-quality shoes and apparel for children, men and women.

SRADIO5.com has compiled some photos from the commissioning of the factory.

1. Akufo-Addo cutting the tape to officially open the factory.

2. A front view of the Shoe Fabreik factory

3. An outline of the company’s mission and vision.

4. Akufo-Addo sampling one of the finished products from the factory.

Sradio5.com earlier reported that President Nana Addo Dankwa Akufo-Addo has commissioned a garment manufacturing company at Koforidua in the Eastern Region. The MaaGrace Company Ltd, which would be operating under the government’s 1-District-1-Factory initiative, was commissioned on Tuesday, 5th October 2021. The garment company will specialise in the production of utility clothing, uniforms for security forces, hotels, schools, and hospital scrubs. During President Akufo-Addo’s visit to the Eastern region as part of his duties, he officially commissioned the company which had been in operation since 2003 under former president John Agyekum Kufuor.