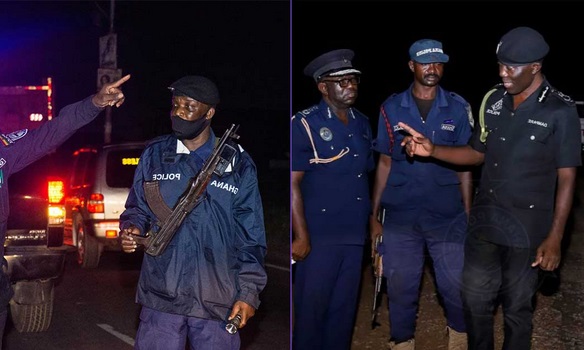 In a new video that has gone viral on social media, the Ghana Police Service promises the Inspector General of Police that they would rehabilitate their tarnished image, which has tarnished the Police Service’s integrity.

There has been some law and order under the leadership of new police chief Dr. George Akuffo Dampare, as his actions against some celebrities brought some sanity to social media.

The service is progressively capturing the hearts of the public under the leadership of the new Inspector General of Police.

The new shuttle service has aided in the transportation of police officers as well as pedestrians who are looking for a ride.

The frequent collection of bribes on the road and at their stations has become a nightmare for Ghanaians, particularly drivers.

Well, that seems to have been addressed as a new video shows some police officers pledging not to take bribes again.

In unison, a group of officers could be seen chanting “Yen Gye Biom” which translates to English as we won’t take gain.