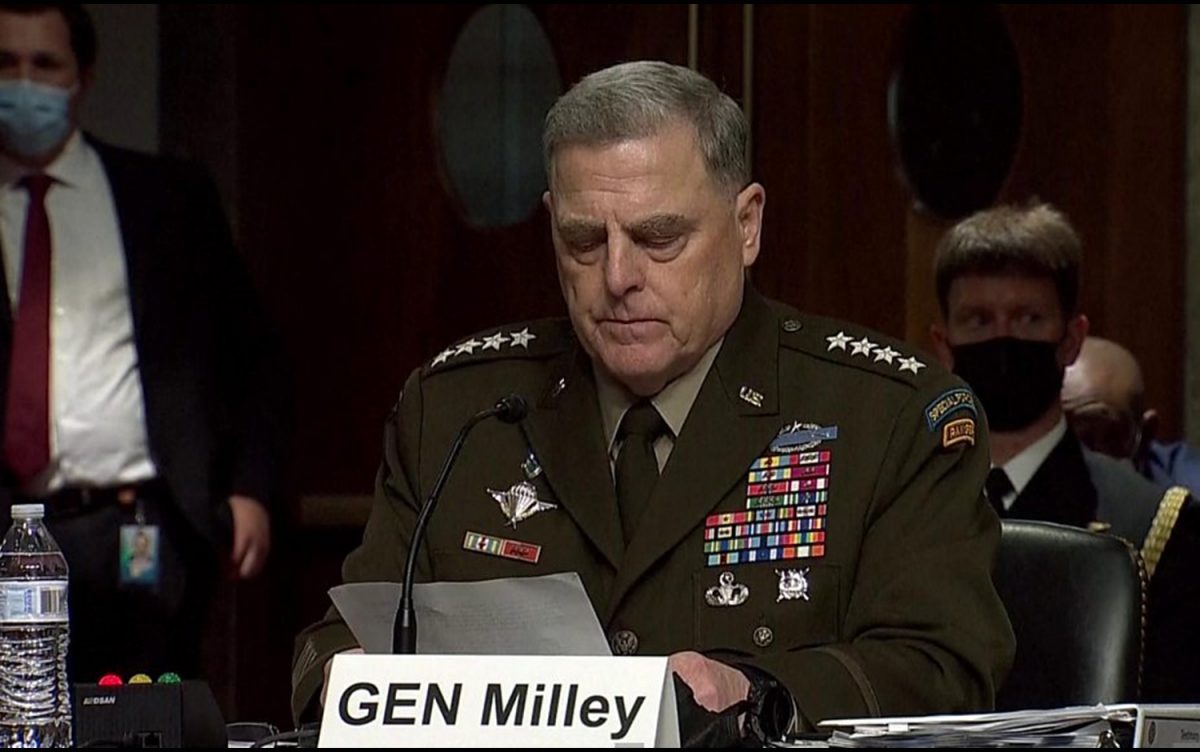 The two US generals were questioned by the Senate armed services committee along with Defence Secretary Lloyd Austin on Tuesday.

The hearing comes weeks after a chaotic withdrawal at Kabul airport as foreign powers sought to get their citizens home and thousands of desperate Afghans begged for rescue.

A suicide attack killed 182 people during the withdrawal operation. Thirteen US service personnel and at least 169 Afghans were killed by the airport gate on 26 August.

Keeping troops on the ground

Gen McKenzie, who as head of US Central Command oversaw the withdrawal from Afghanistan, said under questioning from Republican senators that he recommended keeping a small force of 2,500 troops in Afghanistan.

This appears to contradict President Joe Biden’s assertion to an ABC journalist on 19 August that he did not recall anyone giving him such advice.

Gen Milley said that he agreed with the recommendation, but when asked by Alaska Republican Dan Sullivan whether Mr Biden’s comments were “a false statement”, he refused to give a direct answer.

“The president values the candid advice of… the joint chiefs and the military,” she said. “That doesn’t mean he always agrees with it.”

She said that if troops remained in the country after the August deadline the US would now be at war with the Taliban.