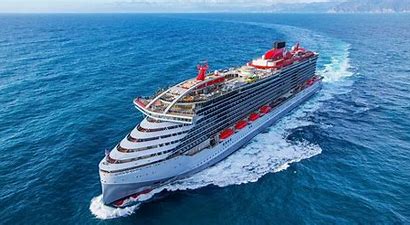 Ships have started sailing through Egypt’s Suez Canal again, a day after a giant container vessel blocking the vital trade route was freed.

Thirty-seven ships that were struck at the midway point cleared the waterway overnight, while 70 others are due to travel its entire length on Tuesday.

The canal authorities hope to clear the traffic jam of some 400 vessels waiting to use it within three-and-a-half days.

Meanwhile, the freed ship will be inspected for seaworthiness by experts.

The 400m-long (1,312ft), 200,000-tonne Ever Given became wedged diagonally across the canal a week ago after running aground amid high winds.

It was refloated on Monday afternoon after a salvage operation involving a flotilla of powerful tug boats and dredging vessels that shifted 30,000 cubic metres (1,059,000 cubic ft) of mud and sand.

About 12% of global trade passes through the 193km (120-mile) canal, which connects the Mediterranean Sea to the Red Sea and provides the shortest sea link between Asia and Europe.

Michelle Wiese Bockmann of the shipping journal Lloyd’s List said clearing the backlog of vessels waiting to use the waterway could take weeks.

“And then, of course, you have the issue, especially with container ships, [of vessels] all arriving at once at European ports, causing widespread congestion and delays that will trickle all the way down throughout the container shipping sector,” she told the BBC.

“It will delay empty boxes getting back to China and to Asia to load goods, and then there will be congestion at those ports.”

With cargo vessels reaching their destinations much later than planned, future sailing schedules will also have been thrown into disarray, says BBC business correspondent Theo Leggett.

Experts say the cost of shipping goods to Europe is likely to rise as a result.

All of this come at a time when delicately balanced supply chains are already struggling to cope with the impact of the Covid-19 pandemic.

Further disruption simply raises the risk of delays, higher prices or even shortages for businesses and consumers, our correspondent adds.