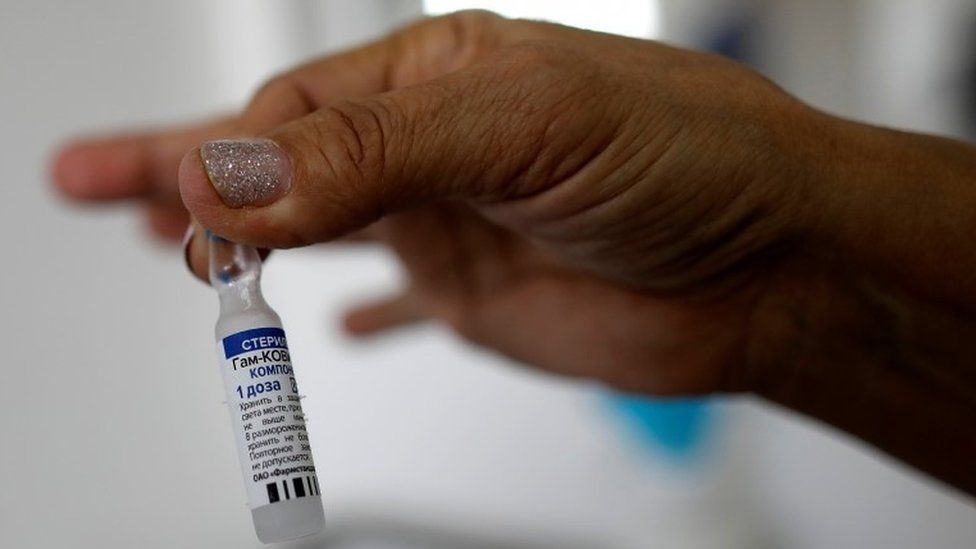 A third coronavirus vaccine has been approved for use in India amid a deadly second wave of infections.

Russia’s Sputnik V has been deemed to be safe, and works in a way similar to the Oxford-AstraZeneca jab which is being made in India as Covishield.

India has so far given more than 100 million doses of two approved vaccines – Covishield and Covaxin.

Sputnik V’s approval came on a day when India overtook Brazil to become the country with the second-highest number of cases globally.

The government aims to vaccinate 250 million “priority people” by the end of July. But experts say that the pace of vaccination has been slow and unless the drive is scaled up, the target could be missed.

The vaccine, developed by Moscow’s Gamaleya Institute, initially generated some controversy after being rolled out before the final trial data had been released.

But scientists say its benefits have now been demonstrated.

It uses a cold-type virus, engineered to be harmless, as a carrier to deliver a small fragment of the coronavirus to the body.

Safely exposing the body to a part of the virus’s genetic code in this way allows it to recognise the threat and learn to fight it off, without the risk of becoming ill.

After being vaccinated, the body starts to produce antibodies especially tailored to the coronavirus.

This means that the immune system is primed to fight coronavirus when it encounters it for real.

It can be stored at temperatures of between 2 and 8C degrees (a standard fridge is roughly 3-5C degrees) making it easier to transport and store.

The Russian Direct Investment Fund (RDIF), which is marketing the vaccine, has signed deals to produce more than 750 million doses of Sputnik V in India with six domestic vaccine makers, according to reports.