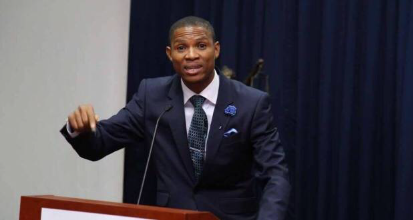 The Madina MP, Francis-Xavier Sosu, says he expects police officers who manhandled him during a demonstration by his constituents over bad roads, to answer questions before Parliament’s Privileges Committee.

He intends to ensure that they are held for contempt of Parliament.

“I have served a petition on the Speaker of Parliament dragging the Divisional Operations Commander as well as the Divisional Commander of Adentan so that they will come to Parliament to meet the Privileges Committee,” the MP said on Eyewitness News.

“I am not going to leave it as it is. In a democracy, I think that we may have to enforce the law as it must be,” Mr. Sosu said

He reminded that legislators could not be arrested when in the course of parliamentary duties without due approval from Parliament.

“I was on parliamentary duties when I was leading my constituents and not only was I doing that, I actually served the police notice that right after the event, I was going to go to a leadership meeting in Parliament. So they knew exactly where I was going and they wanted to interfere with that,” Mr. Sosu explained.

The MP led residents within the La Nkwantangang-Madina Municipality to protest over poor road network in the area.

The angry residents blocked the Ayi-Mensah, Danfa, and Otinibi stretch as part of the protest.

On his experience with the police, Mr. Sosu said, “they held me and heckled me.”

Though protestors had blocked roads, Mr. Sosu said there was no basis for any arrest because he had followed due process.

“There was a letter of protest and demonstration. The public protest comes in all kinds of ways,” he said.