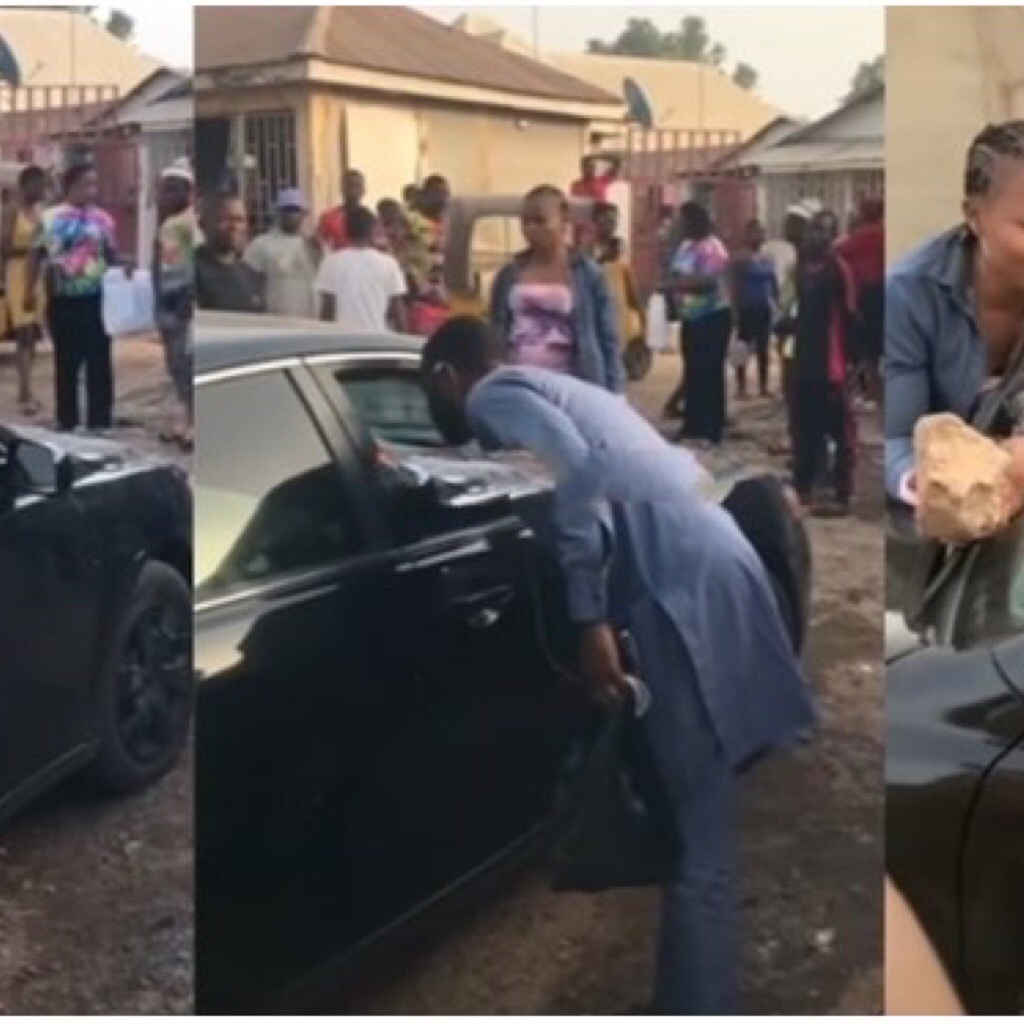 Drama ensue as Slayqueen almost smash client’s car for refusing to pay for her overnight services in new video.

A young lady created a scene in the Federal Capital Territory after a client refused to pay for the service she rendered overnight.

She was captured on tape preventing the man from leaving with his car even after he reportedly failed to pay N10,000 as agreed.

A crowd gathered to watch the spectacle unfold and some tried to pacify the situation, but wee unsuccessful initially as the client started driving off.

But the lady was not willing to throw in the towel easily, so she jumped on the car as he was driving off.

She somehow gold hold of a stone and threatened to the smash the car windscreen.