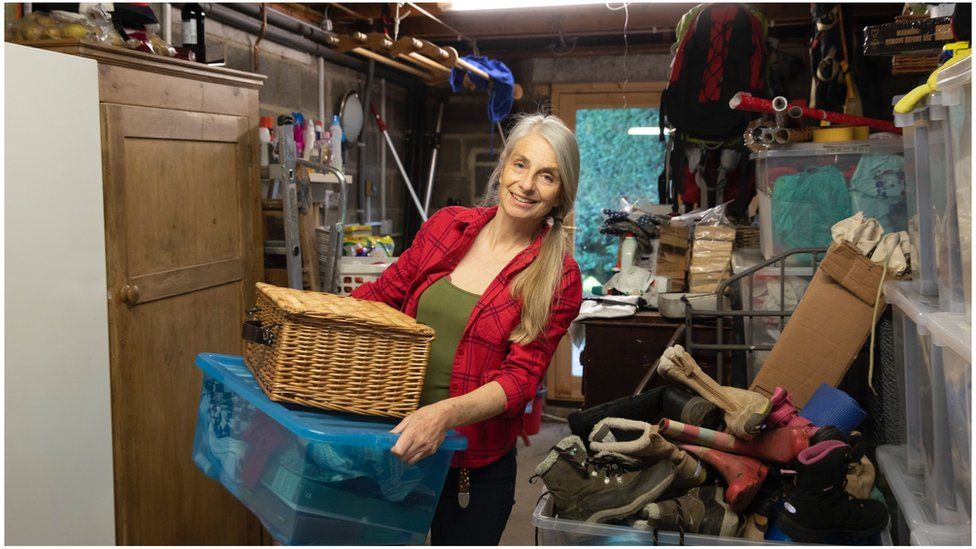 A growing number of people expect to be working from converted sheds, garages and summerhouses as Covid changes our attitudes to home working, an insurer has said.

The proportion planning a dedicated office in the house is also growing, according to the survey by Aviva.

It appears some are moving away from operating from a sofa or armchair.

But there are warnings that some may not be covered by home insurance if something goes wrong.

The Aviva survey suggests one in 10 of those asked work from a converted shed, garage or summerhouse – a proportion expected to rise to 13%.

The popularity of so-called shoffices has risen, with some people spending significant sums for a luxury cabin.

As previously reported, the word garage has become the most popular search term on the property website Rightmove.

Offices within the home are also likely to become more common, with 43% of the 1,400 people asked in the Aviva survey expecting to use such an arrangement compared with 34% doing so now.

In contrast, the proportion working from their bed is expected to fall from 14% now to a still-noteworthy 11% in the future.

Gareth Hemming, from Aviva, said: “Flexible working and home-working practices have been around for some time, but they have really come into their own in the last year.

“While home-working is not the choice of every individual, we are likely to see more flexibility as a basic benchmark for the future, with many people working remotely, at least some of the time.”

The survey suggested that one in five people found working from home more stressful than being based at work.

That stress may increase depending on their line of work – with some new businesses setting up from home, potentially without insurance cover.

Defaqto, which analyses the sector, said that some people risked invalidating their insurance if they failed to inform their insurer about their new line of work, if it created extra risks.

For example, craft workers using fire, or burning tools, or home cooks selling their creations might require specialist insurance that protected them from the risk of fire or food poisoning respectively.

While some insurers have allowed people setting up in business at home to extend their cover at no extra cost, some people may need to buy new policies or pay larger premiums owing to the extra risk.

There is also the risk that expensive equipment might bust insurance limits in existing policies if stolen or damaged.