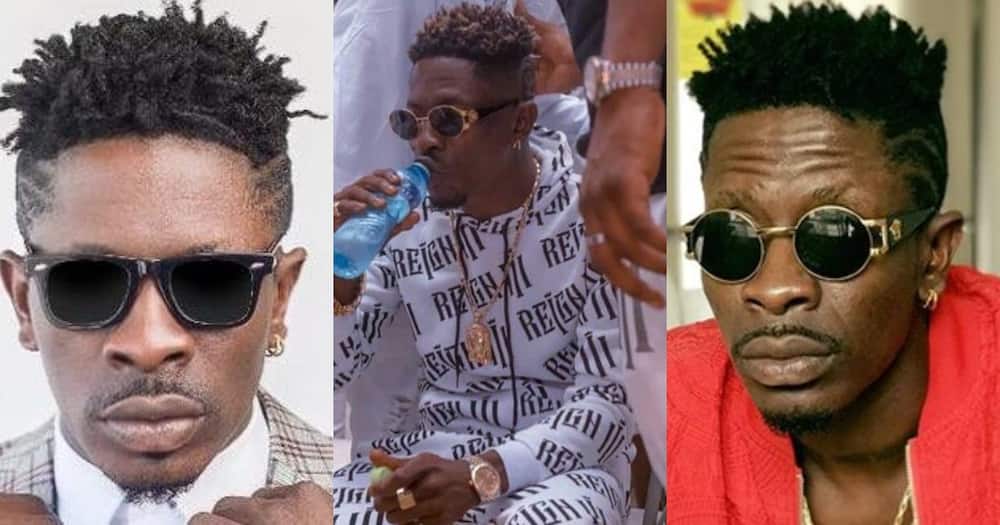 Shatta Wale has been shot by some unknown gunmen at his East Legon mansion on Monday, October 18, 2021, just a day after celebrating his birthday. This has been confirmed by his spokesperson, Nana Dope.

The musician is currently in a critical condition and receiving treatment at the emergency ward.

According to a tweet sighted by Sradio5.com, Nana Dope revealed that the assailants shot Shatta Wale in the rain, and wondered who hated the musician this much to do this to him.

He thanked the Ghana Police for their immediate intervention to get Shatta Wale to the hospital. The gunmen, however, are on the run and being pursued by the police, Nana Dope explained.

Sradio5.com, however, cannot verify this incident. The development has been circulating on social media, especially since his personal assistant, Nana Dope, confirmed it. It must be noted that some of the celebrities sometimes go this far for trends on social media. Video of how prophet predicted Shatta Wale’s shooting Shatta Wale’s shooting has happened not long after Bishop Stephen Akwasi, known popularly as Jesus Ahuofe had predicted earlier that Shatta Wale would be shot. In the video published by Sradio5.com, the bishop mentioned that Shatta Wale would be shot Monday, October 18, 2021, and that would lead to his death.

According to him, he saw in the spiritual realm that a top Dancehall artiste would meet his untimely death after an armed robbery attack.

As for the name of the musician, the prophet said he saw “Charles”, but did not know whom that was as Shatta Wale is rarely called by his real name. Shatta Wale responded to the ‘prophecy’ and said he would wear a bulletproof from October 17, his birthday. The latest development would definitely get people blaming him for treating the ‘prophecy’ with disdain.