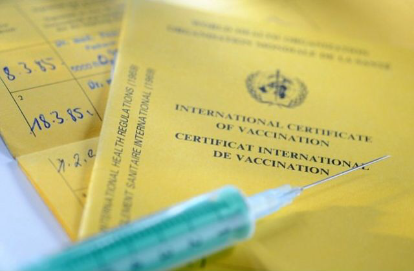 The Ghana Health Service, GHS, has embarked on an extensive vaccination exercise in the Savannah Region after 16 were reported to have died of Yellow fever.

The Ghana Health Service on 29th October announced the outbreak of suspected Yellow Fever in the Savannah Region.

Yellow Fever is a viral infection spread by a particular species of mosquito.

The outbreak has been recorded in the West Gonja Municipality and the North Gonja District of the region.

As of Friday, November 12, the death toll had increased to 16 with others in critical condition.

To bring the outbreak under control, the Ghana Health Service has started vaccinating people in the two assemblies, with the hope of extending it across the region.

Mr. Thomas Suuri, the Disease Control Officer of the Ghana Health Service in the Savannah Region, says about 90% of residents in affected communities in the North Gonja District have been vaccinated

“Now the deaths are 16, we have just rolled out the vaccination against Yellow Fever in the two districts where they have recorded the cases. We have started with communities that reported the cases for now, and we have covered about 96% of the North Gonja affected communities, and about 60% of the affected communities in the West Gonja Municipality, so from these areas we hope to vaccinate all residents of the region.”

Mr. Suuri urged residents in the region, especially those within the affected communities, to get vaccinated.

“Everybody should try and get vaccinated, once you are vaccinated, you have immunity against the disease even if you get mosquito bites you will not come down with the disease.”