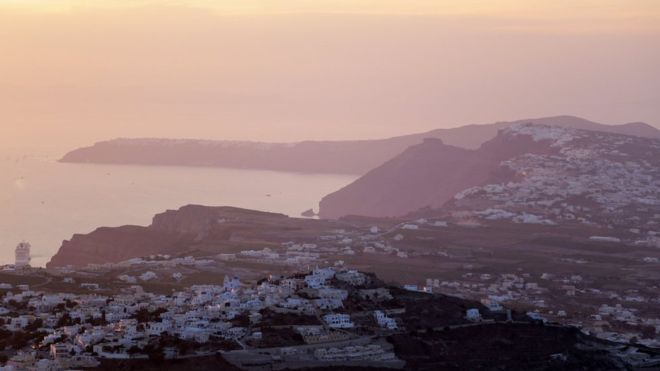 A British couple killed in a buggy accident on the Greek island of Santorini have been named as two teachers who worked in south London.

Milly and Toby Savill had been driving on the Profitis Ilias mountain when the buggy fell into a 200-metre ravine on Sunday afternoon, local media reported.

Mrs Savill’s father, Steve Coulson, paid tribute to the couple saying they “were utterly devoted to one another”.

The Foreign Office said it was in contact with the Greek authorities.

Mr Coulson, a vicar at St Mark’s Kennington, said: “Their families are so proud of them, and although devastated, we are comforted by having shared so many wonderful times of love and joy together.”