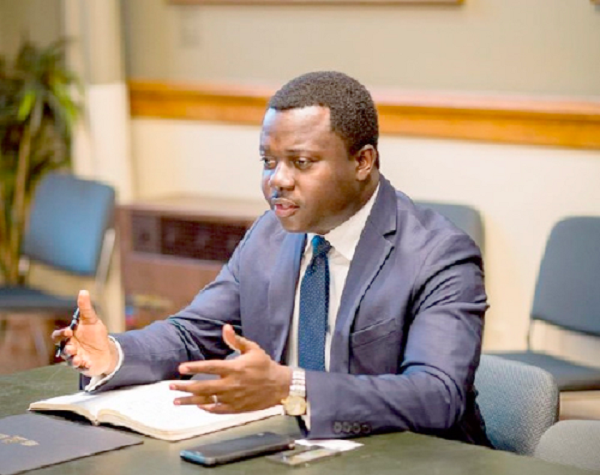 The Ministry of Education has directed the Ghana Education Service (GES) to put in place the right measures to ensure that the practice of teachers engaging pupils in any form of child labour becomes a thing of the past.

A Deputy Minister of Education, Rev. John Ntim Fordjour, who gave the directive, said he was not happy that teachers who had been tasked to teach pupils rather engaged the pupils in activities contrary to their mandate.

The Deputy Education Minister gave the directive last Monday when he led a government delegation to commiserate with the families of the nine students who got drowned last Friday while crossing the Oti River after they had been sent to work on their headmaster’s farm.

The team paid a courtesy call on the Paramount Chief of Saboba, Uchabobor Bawon Mateer Sakojim, at his palace and other traditional leaders of the area and later joined worshippers at the local Catholic Church where a special mass was held for the nine departed children.

Rev. Fordjour and the rest of the delegation later met the bereaved families, during which undisclosed amounts were presented to each of them to support the performance of funeral rites.

The deputy minister charged people in leadership positions to desist from pleading for teachers caught indulging in nefarious acts and rather allow the law to deal with them.

He indicated that the government had deployed clinical psychologists and counsellors to Saboba to counsel pupils, teachers and families of the deceased.

Prof. Opoku-Amankwa advised teachers to be mindful of the code of conduct of the GES and not engage in any act that would land them in trouble.

Nine students of the St Charles JHS drowned last Friday evening when they were crossing the River Oti in a canoe which capsised.

The victims were among 31 students of the school who had allegedly gone to work on their headmaster’s farm earlier in the day and who got drowned while returning home in batches.

The nine were in one of the two boats the children were on, while 21 of them swam to safety.

The court, presided over by Mr Amadu Issifu, declined an appeal by counsel for the accused for bail and remanded him to reappear on Monday, November 29, this year.

Rules of Conduct for teachers in Ghana

The Code of Professional Conduct for Teachers in Ghana defines labour as the exploitative use of a pupil/student if it deprives him/her of education, leisure or development.

i. No teacher shall subject a pupil/student to any form of exploitative labour.

ii. A teacher shall not use the labour of a pupil/student in any form whatsoever, with or without the consent of the parent, during contact hours.

iii. A teacher shall not send a child on errands for him/her during contact hours.

iv. No teacher shall use the labour of school children/students for private or personal service, with or without the consent of their parents or guardians and of the school head during school hours.

v. The exploitative activities that teachers shall not engage pupils/students in shall include but not be limited to: selling or trading in items, weeding, farming, carrying of water, sand, stone and blocks or doing household chores.