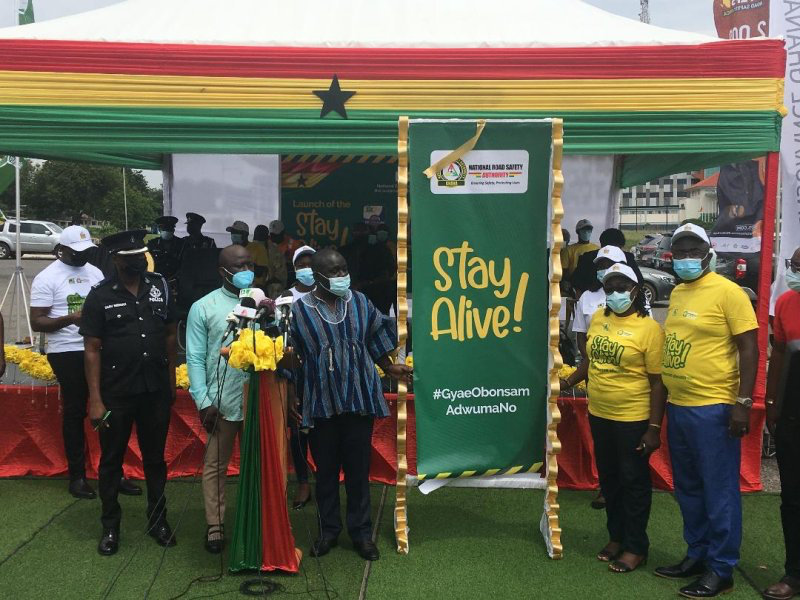 The Campaign, being the second phase of the “ARRIVE ALIVE” Road Safety Campaign launched last year, will enable the Authority, the Driver and Vehicle Licensing Authority (DVLA) and the Motor Traffic and Transport Department (MTTD) to combine education, advocacy, training and enforcement to fight the menace of road traffic crashes and casualties.

The Director-General said the Accident Prevention Squad of the Department had started patrolling crash-prone highways to monitor driver behaviour and apprehend traffic offenders as part of the campaign.

He said the Squad would also provide assistance to transiting motorists in distress by being visible on accident-prone routes.

Mrs May Obiri-Yeboah, Director General, NRSA, said crashes registered daily did not only represent loss of lives, but also families that had been reduced to abject poverty, a community burdened by dependence and a nation deprived of its valuable human capital.

Mrs Obiri-Yeboah noted that about 1.6 per cent of Ghana’s Gross Domestic Product (GDP)- over USD $160 million, was lost annually to road traffic crashes and that the amount, in real terms, could construct about ten kilometres of asphalt roads in a year.