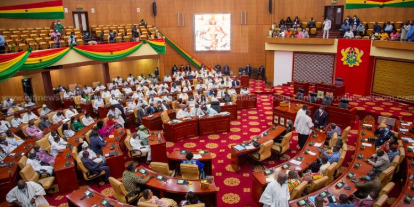 He expressed the solidarity of the regional bloc to the victims killed in Jihadist attacks in Niger last Tuesday and to the about a hundred persons who perished in a tanker explosion in Freetown on Thursday.

At the opening of the ECOWAS’s Extraordinary Summit of the Authority of Heads of State and Government in Accra on Sunday, President Akufo-Addo expressed the Authority’s condolences to the family of the victims.

A terror attack in Niger last Tuesday by jihadist groups left 69 people dead, including a local mayor in Banibangou, near the country’s border with Mali.

On Thursday, November 4, 2021, a loaded fuel tanker and truck carrying granite stones collided on a highway in Freetown and exploded, leading to the death of over a hundred people and scores of others injured.

“We express our deep regrets and condolences on these sad incidents”, President Akufo-Addo said and called for the observance of a minute’s silence in the memory of the victims of those incidents.

The Accra meeting, attended by ….. ECOWAS heads were to advance deliberations on the reports of missions to the two countries following the military take over of their governments.

Both Mali and Guinea have been suspended from the regional bloc as a result of the undemocratic takeovers, that have violated ECOWAS protocols on Democracy and Good Governance.

The Authority at its last extraordinary meeting last September charged President Akufgo-Addo to convey in person the decisions of the bloc to the military authorities in both Mali and Guinea, and ascertain the condition of health of the ousted Guinean leader, Alpha Conde.

Following that decision, President Akufo-Addo visited Conakry on September 17, 2021, accompanied by the Ivorian leader, Alassane Ouattara, Chair of the ECOWAS Council of Ministers, Shirley Ayorkor Botchwey, and the President of the ECOWAS Commission, Jean-Claude Kassi Brou, to engage the military junta on the sentiments of the bloc.

The President also led a mission to Bamako, Mali, on October 17, 2021, to cobey the Authority’s decisions to the transitional government.

Subsequently, the military authorities of both Mali and Guinea had sent delegations to Accra to deliberate with the ECOWAS chair on the roadmap to restoration opf constitutional rule.

The Accra meeting on Sunday discussed the outcomes of those engagements.