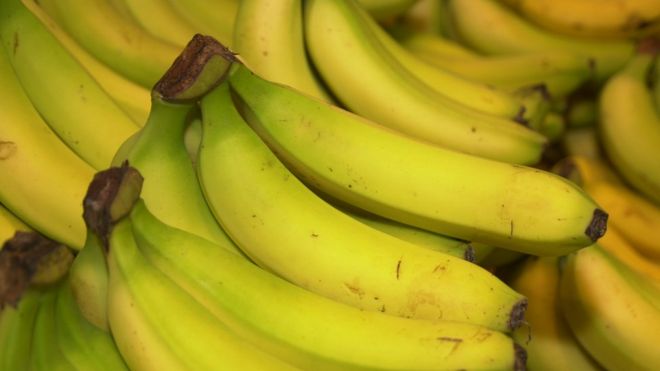 It had been on display at the National Museum in Warsaw for several years but was taken down last week after the museum’s new head, Jerzy Miziolek, was summoned to the ministry of culture.

The museum head announced on Monday, however, that the video would be reinstated until 5 May, when the gallery is due to be rearranged.

Works by two other female artists were also removed.

In response to the initial decision to remove the banana from display, dozens of Poles posted pictures of themselves with bananas on social media, using the hashtag #bananaselfie.

A mass banana-eating protest was also planned for Monday outside the museum.

This is the latest in a series of disputes over art and culture since Poland’s right-wing government was elected last year.

Most recently, Culture Minister Piotr Glinski cut funding for the European Solidarity Centre, a museum and library popular with government critics. Mr Glinski argued that its work went beyond its remit of teaching the history of Polish resistance movements.