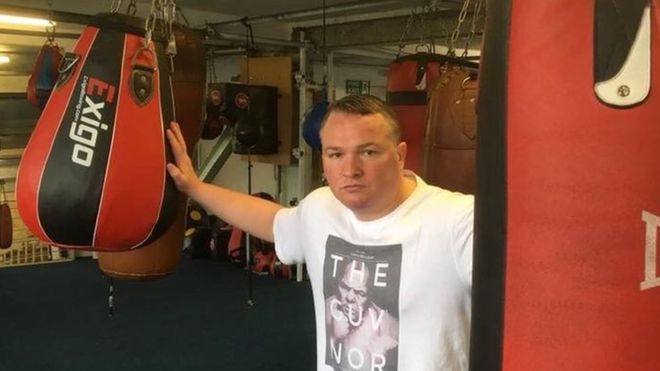 Police have released a description of the man suspected of killing an actor from T2 Trainspotting outside his Edinburgh home.

Bradley Welsh, 48, died after being shot on the steps of his basement apartment in Chester Street on Wednesday in a “targeted attack”.

The gunman was aged between 20 and 30, between 5ft 10in and 6ft tall and had a slim build and a tanned complexion.

He was casually dressed and was wearing a baseball cap.

Police said Mr Welsh had been returning home from his Holyrood Boxing gym when he was shot. His partner and young child were inside the building at the time.

He was pronounced dead at the scene.

Detectives are keen to hear from anyone who was in the Chester Street or the west end area at the time and remembers seeing the suspect, who made off along Walker Street after the shooting.

Det Supt Allan Burton, from the Police Scotland major investigation team, said: “I want to once again convey my deepest sympathies to the family and friends of Bradley Welsh and reiterate my commitment to bringing those responsible for his murder to justice.

“Someone out there will know who committed this crime and I want you to search your conscience and do the right thing. A family are grieving for the loss of their son, brother, partner and father and they need answers.

“If you can help with this investigation then please contact us immediately.”

He added: “I also want to emphasise to the communities of Edinburgh that this incident is being treated as a targeted attack and murders, especially those involving a firearm, remain extremely rare.

“The capital remains a safe place to live, work and visit and while this investigation continues, uniformed officers will maintain a high-visibility presence in Chester Street and the west end to offer reassurance and engage with local residents and business staff.”

Armed officers were sent to the scene at about 20:00 on Wednesday after receiving “multiple reports” of a firearm discharge.

One resident said he was told someone had been shot in the head and people were instructed to stay indoors as the street was cordoned off.

In Danny Dyer’s Deadliest Men on Bravo in 2008, Bradley Welsh described himself as a “born leader”.

He discussed his past as a Hibs Casual football hooligan in the 1980s.

Mr Welsh talked about how he “mobbed and robbed” and was involved with organised “smash and grabs” at stores, including Jenners in Edinburgh.

He later spent four years in prison for extorting money from estate agents.

In recent years, the boxer became involved in charity projects in Edinburgh, including helping young people to stay away from a life of crime through his boxing gym.