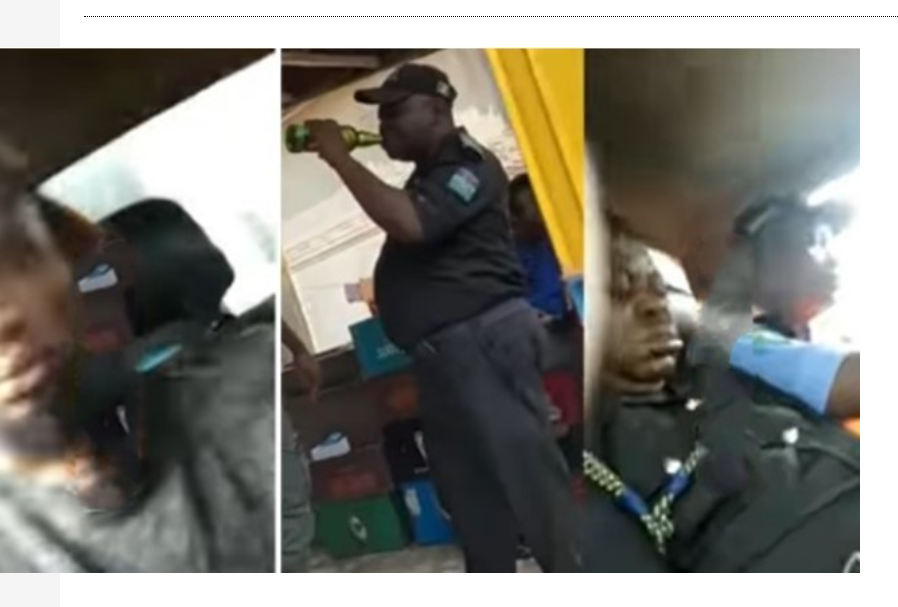 A video has showing the moment a police officer was sleeping whilst on duty as he transports a civilian to the police station after he was arrested.

He filmed one of the police officers who was drinking his beer and the video also showed the said officer deep asleep in a car whilst they were taking him to the station after extorting from him.

if you know how this people hate

They almost beat my friend die for trying to

futospotlight; `Exactly what we face everyday here in Owerri, this rubbish is really getting out of hand

nigeriamemes; `Nah all this kind police I Dey like

when nor get wahala. Them know waiting bring them come the job

Away from that, Gospel singer, Joe Mettle, is really having a good time with his beautiful wife, Selassie as they have gone on a private vacation trip outside Ghana.

Obviously, knowing how busy he will be during the Christmas festivities due to his ministrations and performances in various churches and events, Selassie thinks it is best to spend some quality time for herself before the festivities take the better part of his time.

Joe Mettle treated Selassie to a lovely morning breakfast at an expensive hotel and they took a stroll on the streets in the country and they showed off their couple goals whilst on their romantic date in a video.