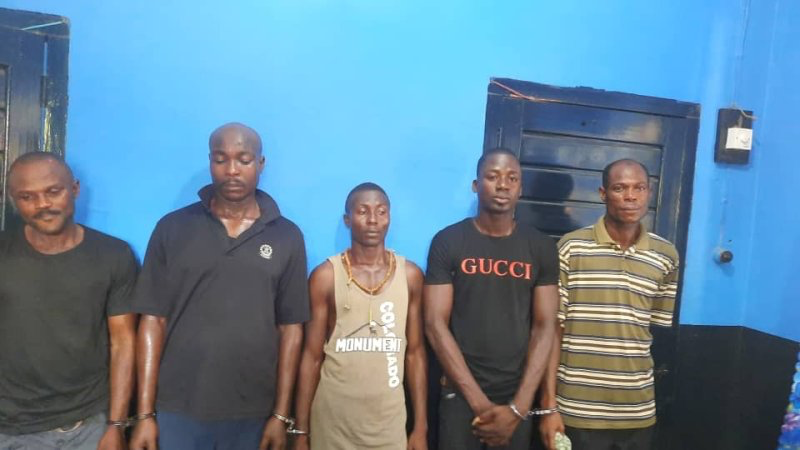 Ho, Dec. 31, Sradio5- Five ‘well built’ men alleged to be members of the Western Togoland Secessionist Group, have been arrested in Denu by the Police and are assisting in investigations.

The arrest made at about 0700 hours on Friday, was as a result of a tip off received by the Police.

They were picked up at their hideout being a house at Denu Beach owned by a former Assemblyman for Denu Mr Francis Bedzo, according to a Police source.

The Police is said to have stormed the said house and arrested the suspects while one Raphael Zokpo, 20 from Tsiame managed to escape during arrest.
Four locally made shotguns with 200 BB cartridges in eight packs were retrieved by the Police.

The Police said they saw pictures of Isaac Norvinye Agbesi and others undergoing military training with weapons at an undisclosed area on his phone.

An audio recording, which Agbesi was heard announcing to his colleagues to attack the Police and other security agencies for weapons during the insurgency was also found on his phone.

Agbesi, however, told Police that he and the other five suspects including the absconded Raphael Zokpo were recruited by Torgbui Aba for the purpose of training them for the formation of Western Togoland military.

The former Assemblyman has also been picked for investigation.

The suspects are in Police custody assisting in investigations.