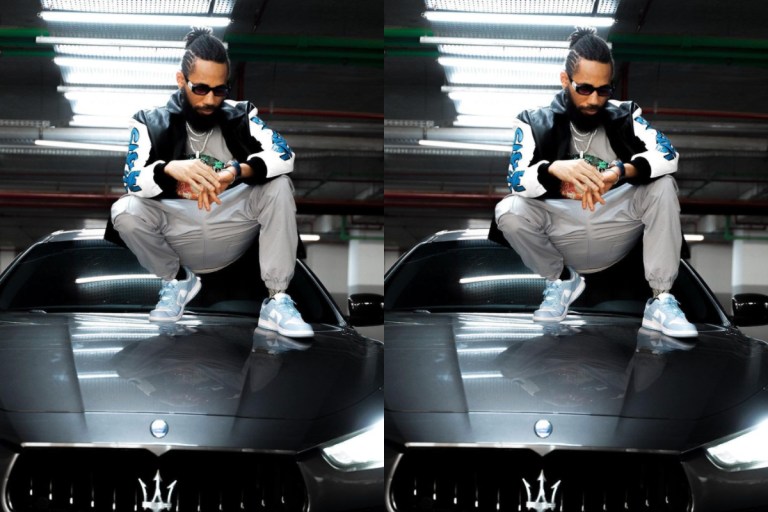 Phyno has taken to social media to outdoor one of the artists under his Penthause music label, Jayteazer.

Jayteazer hopped onto the “Something to Live for” album with Phyno and their track was placed on the track 10.

According to Phyno, Jayteazer is one of his favorite vocalists and he will leep pn supporting him to hone his craft.

He wrote: Track 10! NO LOVE ft One of my best sick new vocalists!!! @jayteazer#STLF 🖤

el_rey_david4: Onye egwu!!! This my favourite track on the list 🔥🔥🔥🔥 over repeated all week

In other news, A Ghanaian father is said to have died just weeks after obtaining images and videos of his son in Sweden, where he had joined the LGBTQI Advocacy movement.

Following the revelation of the news, the father gave up the host a few weeks later after a brief illness.

According to several family members who spoke on the condition of anonymity, their father became ill after learning of his gay son’s sexual orientation and was frequently seen abroad crying his son’s name before his death.

Siblings of the young guy had previously learned of their brother’s involvement in the act, but their predicament was made worse when images and videos of the young man promoting an LGBTQI community campaign surfaced.

Our brother’s involvement with the LGBTQI was a shock to us because we were reared in an Islamic home where such behavior is not tolerated. A family member told MyNewsGhana.Net.