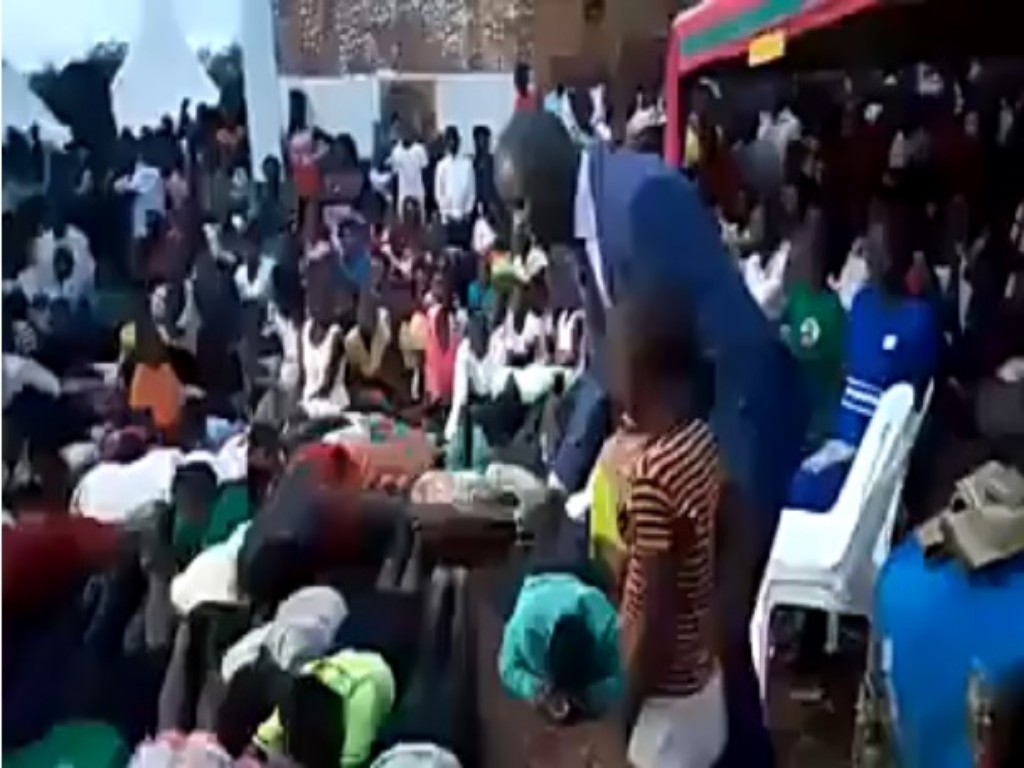 Pastor Paul Muwanguzi has not forgotten about those who were unable to attend his earlier service.

In a video, the so-called man of God can be seen caning both old and young members who fail to attend church.

The church members are seen lying on the floor as the pastor walks through them flogs each one of them, according to a viral video shared on social media.

The video was published by Wish FM with the caption: “Pastor Paul Muwanguzi canes his congregation for not attending church the previous service”.

This isn’t the first time we’ve seen a “man of God” slap individuals for doing something they thought was improper. One of Ghana’s most well-known pastors, Angel Obinim, is among them. On live television, he caned two of his members for fornication.