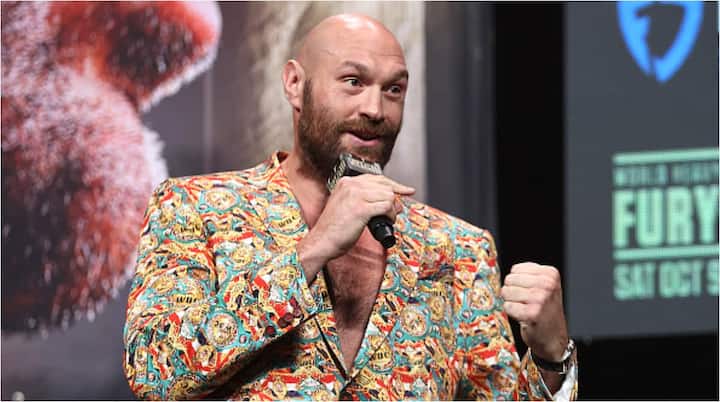 “I have two fights left out here (in Vegas) but I’d love to bring a world title fight back to Manchester. It has always been a dream of mine to fight at Old Trafford. The last fight there was Eubank versus Benn in 1993 (it finished as a draw) and that was massive.” The 33-year-old continued via 90min: “I’m really happy Ronaldo’s back at Old Trafford – but this town ain’t big enough for the both of us! If I lived in Manchester it would be a problem. But I’m an hour up the motorway in Morecambe so he’s got plenty of distance.” Fury is known as a staunch supporter of Manchester United and an avid fan of Portuguese sensation Cristiano Ronaldo. Englishman recently called the forward “the GOAT” in an Instagram post after he was named the Premier League Player of the Month for September.

Wilder released from hospital with fractured right hand Following his 11th Round knockout loss to Tyson Fury on Saturday, Deontay Wilder who was taken to the hospital has now been released with a fractured right hand. It was his second consecutive loss to Fury, but the trilogy bout was more brutal as desperate Wilder failed to recapture the WBC title from the Briton. But the Bronze Bomber should also be credited for putting up a good fight as he also dropped the Gypsy King twice on the night in the fourth round. American seems to have suffered a hairline fracture in his right digitus medius while he landed heavy punches on opponent. Fury spotted at las Vegas nightclub after defeating Wilder Sradio5.com earlier reported that the Gypsy King celebrated his epic win over Deontay Wilder in style as he was spotted at a nightclub hours after victory over the Bronze Bomber.