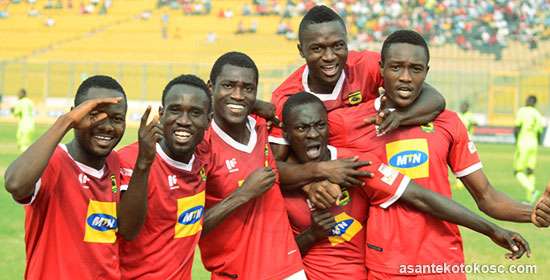 All unpaid salaries and entitlements have been paid to Asante Kotoko players and Technical Tema members after the team staged a boycott.

On Tuesday, January 5, payment of these funds was made following an agitation by the gaming body and their failure to turn up for training ahead of their crucial game with Al Hilal Omdurman in the CAF Champions League.

On Tuesday, when the playing body embodied by their leadership boycotted training until their outstanding rights were paid, Kotoko made the headlines for the wrong reasons.

For their trip to Mauritania to face FC Nouadhibou earlier in the CAF Champions League, players were owed December wages, winning match bonuses against Dreams FC and Legon Cities FC, and per diems.

Management moved quickly and the remaining debt was ultimately resolved.

The players showed remorse upon receipt of the amount and demonstrated their willingness to resume activities before the game.

They lag their Sudanese rivals after losing 1 nil at home in the first leg.