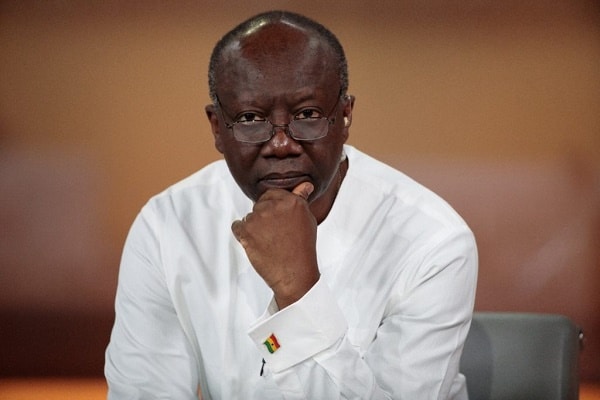 Finance Minister-designate Ken Ofori-Atta wrote to the Chairman of Parliament’s Appointments Committee to reschedule his vetting for health reasons.

Initially, the vetting was scheduled for today, Monday, February 15,2021.

Nevertheless, in a letter dated 14 February 2021, addressed to the Chairman of the Parliament’s Appointments Committee, Mr. Ofori-Atta referred to a letter from the committee dated 1 February 2021, inviting him to appear before the committee and reminding them of his failure to honour the invitation tomorrow.

I shall travel to the United States of America to undergo the requisite medical intervention which is not currently available in Ghana. I’m going to be gone for the next two weeks.

Therefore, I kindly seek your direction to arrange a new date for my committee appearance.

Ofori-Atta claimed in his letter to the Appointments Committee of Parliament that ‘The Ministry of Finance is available to discuss the requisite consequential processes to arrange an alternative date,’ x.’

On social media, speculation was rife that he had passed on into eternity.

However, with photographic evidence, his personal assistant, Michael Bediako, who is on a trip with him, announced that the appointed Finance Minister is alive and in good spirits.

Good morning, the Delta 157 flight of the Honorable Minister-designate has arrived,” a text message from Bediako confirming the safe arrival of Ofori-Atta in the US said.”

“He’s in a good mood. He is sending his regards,’ ended the text message.

A photo of the Minister-designate and his wife, Professor Angela, sitting in the waiting area at New York’s John F. Kennedy Airport accompanied the post.

This letter has been copied to Rt. The Honorable Speaker of Parliament, Alban Kingsford Sumana Bagbin, the President’s Chief of Staff, Mrs. Akosua Frema Osei Opare, the Secretary of Parliament and the Chief Director of the Department of Finance.