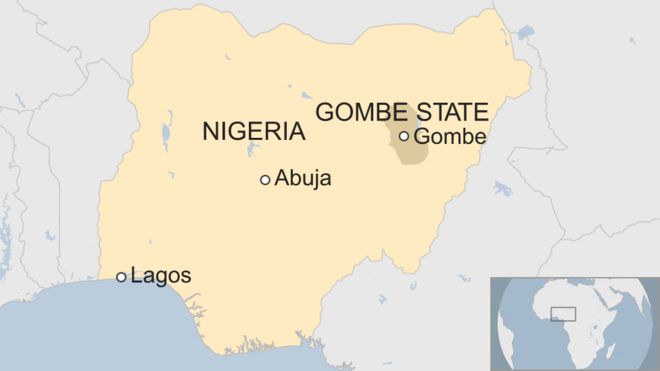 Police in Nigeria are investigating the deaths of 11 people in the north-eastern town of Gombe after a car ploughed into a procession celebrating Easter on Sunday.

The driver, an off-duty security agent, was unhappy that the procession had blocked the road, some reports say.

He then “drove into the children”, the procession leader said.

The crowd then turned on the driver and beat him and his passenger to death, witnesses said.

Nigeria’s police chief said the incident was “unfortunate” and that the driver had lost control of the car.

The leader of the interdenominational Christian group, Boys Brigade, in Gombe, said the driver had ploughed into the procession “on purpose”.

“The driver of the car had a heated argument with the children before they made way for him to pass, only for him, in a fit of rage, to turn and drive into them,” Isaac Kwadang told news agency AFP.

No details have been released about the victims but the Boys Brigade members are aged between six and 22.

Another witness told local news site Punch that the driver “deliberately came to kill us”.

The crowd then attacked the him and his passenger, a paramilitary officer, and beat them to death.

Police boss Mohammed Abubakar Adamu said in a statement that the incident was an “unfortunate fatal motor accident” and ordered a quick investigation.