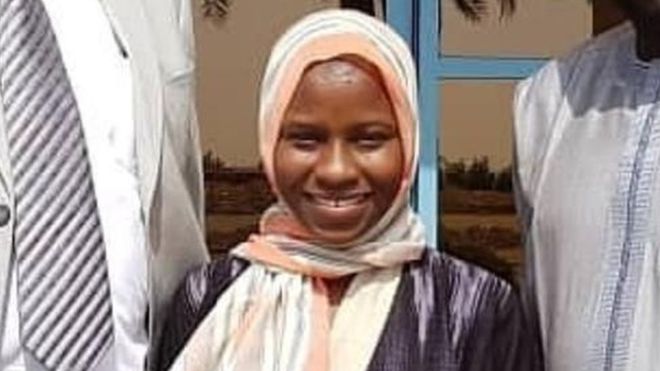 A Nigerian student who was arrested last year for alleged drug trafficking in Saudi Arabia has been freed, the Nigerian government says.

Zainab Aliyu was accused of smuggling 2,000 packs of a strong pain killer.

The Nigerian authorities later found that the drugs had been planted in her luggage by a criminal gang.

Drug trafficking is a capital offence in Saudi Arabia, which practices conservative Islam. Those found guilty are executed.

This was the fate earlier this month of a Nigerian woman, who was beheaded in the city of Mecca, along with two Pakistani men and a Yemeni man.

Ms Aliyu’s detention sparked protests and with supporters in Nigeria using the hashtag #FreeZeinab to call for her release.

Her freedom comes as hundreds of her fellow students gathered at Maitama Sule University in the northern city of Kano on Tuesday to demand her release.

On Monday, President Muhammadu Buhari ordered the attorney general to intervene in the matter.