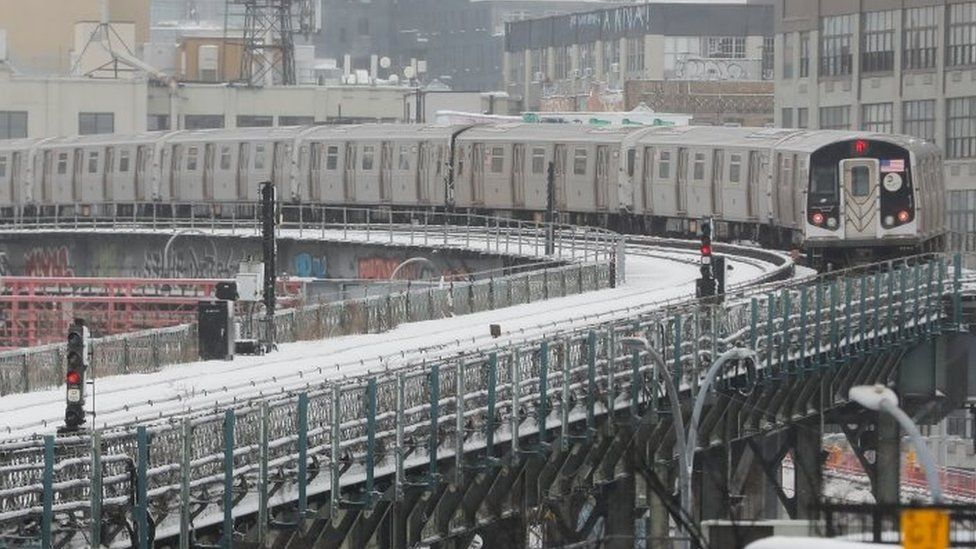 The New York City police arrested a man after a series of city subway stabbings that left two people dead and two wounded.

At the stations in Manhattan and Queens, Rigoberto Lopez is accused of two murders and two attempted murders.

A screenshot of the knife was released by the city police. Homeless people are said to be all the victims.

The perpetrator, 21 and himself homeless, was arrested wearing blood-soaked clothing, the US media reported.

On Friday morning, the four attacks on train A began:

A 67-year-old man was stabbed at Manhattan’s 181st Street station in the first attack and is now being treated in a hospital.

In the evening, at Queens’ Far Rockaway-Mott Avenue station, a man – thought to be in his 50s – was found dead with knife wounds.

A 44-year-old woman was discovered shortly afterwards in a pool of blood at Manhattan’s 207th Street station. She passed away in the hospital,

And in the early hours of Saturday, at the same station, a 43-year-old man was found wounded on the train.