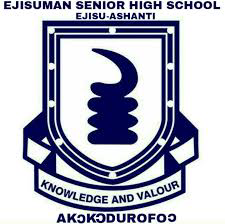 Several thousands of teaching and Non teaching staff together with the students body hit the principal streets of Ejisu in the latest rally against the Nananom of Ejisu Traditional council over the selling of schools lands.

Dressed in their Usual Outing Attire and chanting patriotic songs, protesters waved placards declaring “Nananom are Selling the schools land” and “Ejisuman SHS Nsono gu gya mu ” as they marched through all the principal streets of ejisu.

The management of the school are calling on AsantemanWura Otumfour Osei Tutu And H.E Nana Akufo-Addo to come to their rescue.

Sradio5.com had an interview with some of the staff and he said one man known as Asare Konadu sold the lands and the teachers bungalow to the school. But later met his untimely death since his departure a lot of people has been encroaching in the schools land and Nananom has also sold most of the schools land.

Below is a short video of the school protesters: