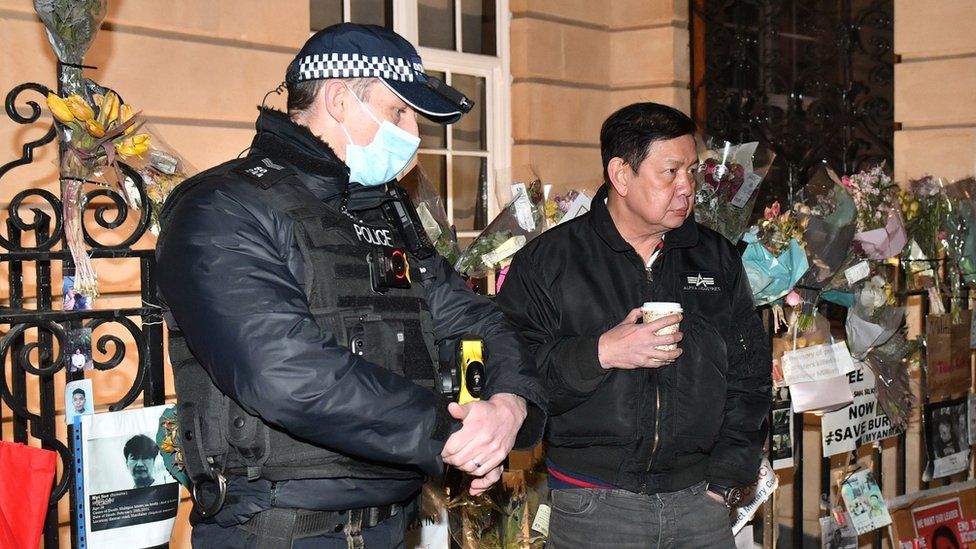 Myanmar’s ambassador in London has spent the night in his car after saying he was locked out of his embassy.

Kyaw Zwar Minn said staff were asked to leave the building by Myanmar’s military attaché on Wednesday night, and he was told he was no longer the country’s representative.

Myanmar’s military seized power in a coup on 1 February, sparking weeks of protests and escalating violence.

More than 500 people – including dozens of children – have been killed so far as pro-democracy protesters demand a return to power of elected leader Ms Suu Kyi and her National League for Democracy (NLD) party.

Kyaw Zwar Minn described Wednesday’s events as “a kind of coup, in the middle of London”, Reuters reported. “I have been locked out… This kind of coup is not going to happen,” he added.

The ambassador was pictured standing on the street outside the embassy in London’s Mayfair speaking to officers from the Metropolitan Police force.

Police were reportedly called to stop staff re-entering the building. Protesters gathered outside the embassy after news that the ambassador had been locked out emerged.