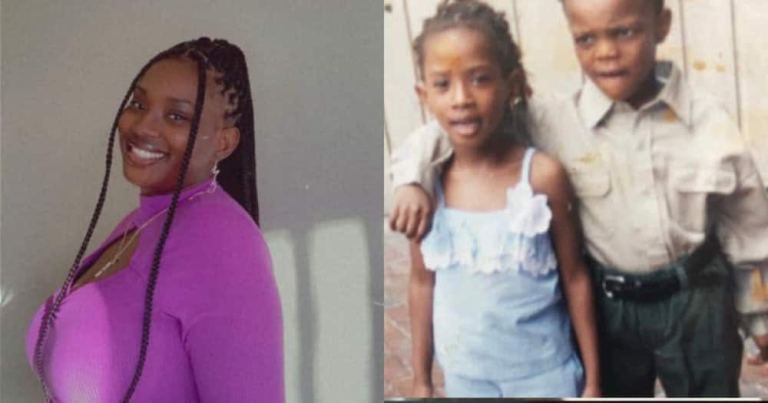 A pretty Nigerian lady has reportedly taken to social media to launch the search of her childhood friend after her mother revealed to her that he is her soulmate.

The lady identified on Twitter as @Nifash_ posted an old childhood photo of herself and the guy in question that dates back almost two decades ago as the picture suggests they were about 6-7 years.

Nifash claimed her mother informed her that when they were young the boy always protected and never left her side, and that is a sign that he would have made a good husband.

According to Ghbase.com she therefore appealed to social media users to help locate him although she added that she has forgotten his name and had no idea how he looks like now.

She wrote: “I showed my mom this picture and she said this is my soulmate cause when we were small he never wanted to leave my side.. Like he’ll always protect me.

The thing is I don’t know his name anymore and I kinda wanna know what he looks like today. Twitter help your girl.”

Celebrated Ghanaian actress, Mercy Asiedu has put smiles on the faces of her production team as she takes them on a vacation trip to the United Arab Emirates, Dubai ahead of the Christmas celebration.

According to the queen mother, the free and all expense-paid trip to Dubai is a way of rewarding their team for being with them through thick and thin and in all 13 people including her are going on this luxury trip.