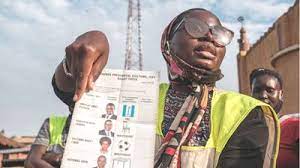 The opposition carried out a virtually clean sweep of strategic parliamentary seats, handing the young politician a psychological win.

On Saturday, with 58.64 percent of the votes cast, President Simon Mugenyi Byabakama of the Electoral Commission proclaimed incumbent President Museveni the winner of the January 14 election, while Robert Kyagulanyi Ssentamu aka Bobi Wine, the main opposition candidate, trailed with 34.83 percent.

As early results began to trickle in the early morning of January 15, the 11 presidential candidates in the race began with low votes, and continued late on Friday, giving President Museveni, 76, a clear route to yet another five-year term in office.