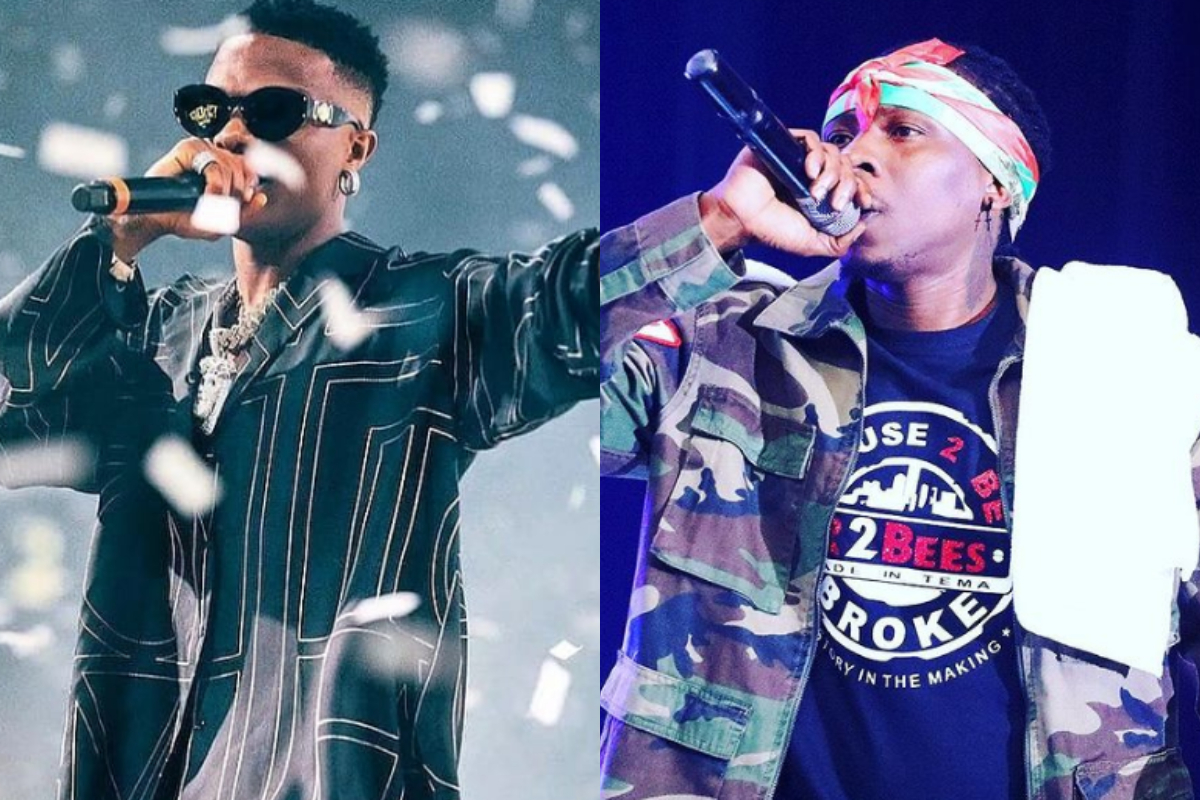 Ghanaian US-based rapper, Sam Safo, popularly known as Showboy has stated emphatically that Ghana’s vocalist, Mugeez of R2Bees fame should be addressed as the Afrobeats in Africa and not Nigeria’s Wizkid and Davido.

He made his submissions following Wizkid’s huge success in London after he stormed the O2 Arena with his “Made In Lagos” tour. Wizkif gave a lifetime experience to his wonderful fans and audience at the multi-purpose event center after he rocked the stage with classic tunes from his “Made In Lagos” album as well as some of his old tunes.

Other African-International stars like Bella Shmurda, Tems, King Promise, Buju, and Chris Brown also thrilled the audience with amazing performances as they performed alongside Wizkid.

Mugeez of R2Bees fame is also capable of pulling such a massive crowd and thrilling them with intimating performances, according to Showboy. In a tweet, he stated that Mugueez can equally attain similar heights as Wizkid if only he is given the support he needs.

He also stated that Mugueez is very talented and should be regarded as the Afrobeats in Africa and not Wizkid or Davido.

He wrote; If nobody fit pull that crowd..the mugeez i know can do it with his talent if he has the support … nobody talented pass mugeez … herh that man get super wonders … all am saying is …. mugeez can also do it solo … mugeez is the afrobeatz of Africa not wizkid or Davido

In another tweet, he averred that R2Bees, made up of Muguees and Omar Sterling have the capabilities to sell-out O2 Arena.

Ooh ghana …so when can we achieve a big aim like this. .. what dey pain me koraa be say .. r2bees has all the potentials to sell arenas … but them take turn jonkeys . Omar sterling wake up from that dead sleep n promote mugeez .. if u think wanna blow finish that be big cap, he added.