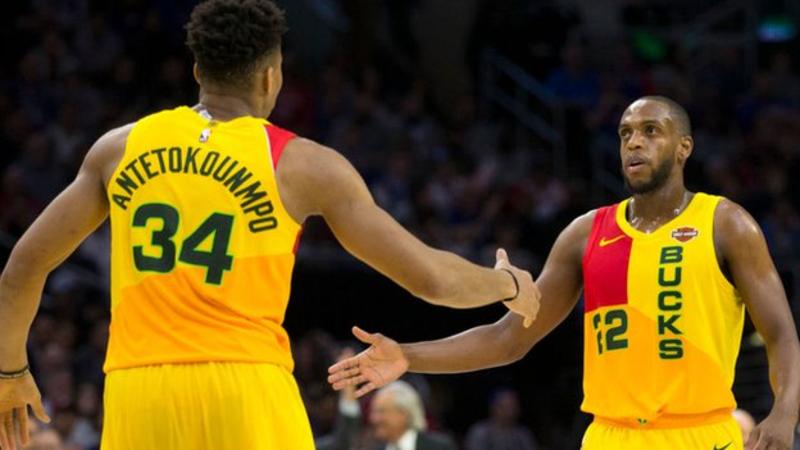 Milwaukee Bucks ensured they would finish as Eastern Conference top seeds for the first time since 1974 with a 128-122 win over Philadelphia 76ers.

Giannis Antetokounmpo scored 45 points as the Bucks ensured they would have home court advantage in the play-offs.

All eight Western Conference spots are filled, leaving just the finishing order to be determined.

In the Eastern conference meanwhile, the Bucks have 59 wins and now have three matches to get to 60 regular season wins for just the fifth time in franchise history.

Their latest success saw them take the final quarter 46-36 to overcome Philadelphia, with Antetokounmpo strengthening his claim to win the NBA’s Most Valuable Player Award.

His haul of 45 points and 13 rebounds means he has 25 points or more and 10 rebounds or more in a game 42 times this season.

Budenholzer added: “It’s a special performance from him. It felt like a statement. He’s an MVP in our eyes.

“We didn’t play our best but had a couple of guys catch fire.

“Any time you can have home court in the play-offs it’s a great thing.”