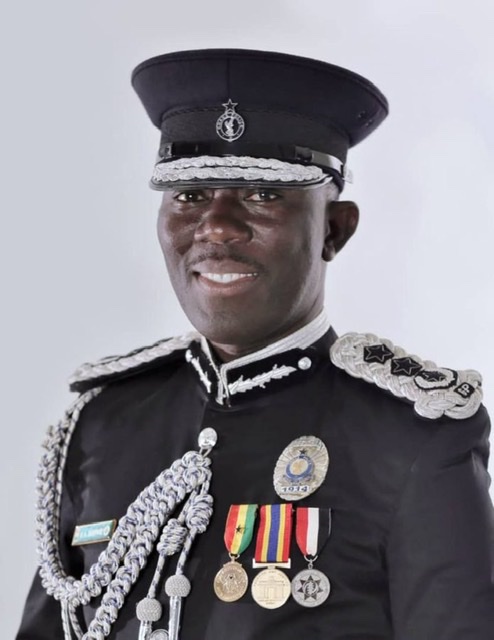 The ceremony took place at the Jubilee House in Accra.

Also present was Dr Dampare’s wife, Anita, and their six children; five males and a female to share in his joy.

The adorable mother and children beamed with smiles as they posed for the camera with Dr Dampare who wore his police uniform, adorned with medals.

Mrs Dampare was spotted in a flowery dress with her short dreadlock hair and slight make-up to complement her looks.

COP Dr Dampare was appointed as Acting IGP effective from August 1, 2021, to replace James Oppong-Boanuh who was due for retirement.P

Dr Dampare is now the 23rd IGP of the country and the youngest since independence.

The 51-year-old, until this appointment, was the Director-General in charge of Administration at the Ghana Police Service.