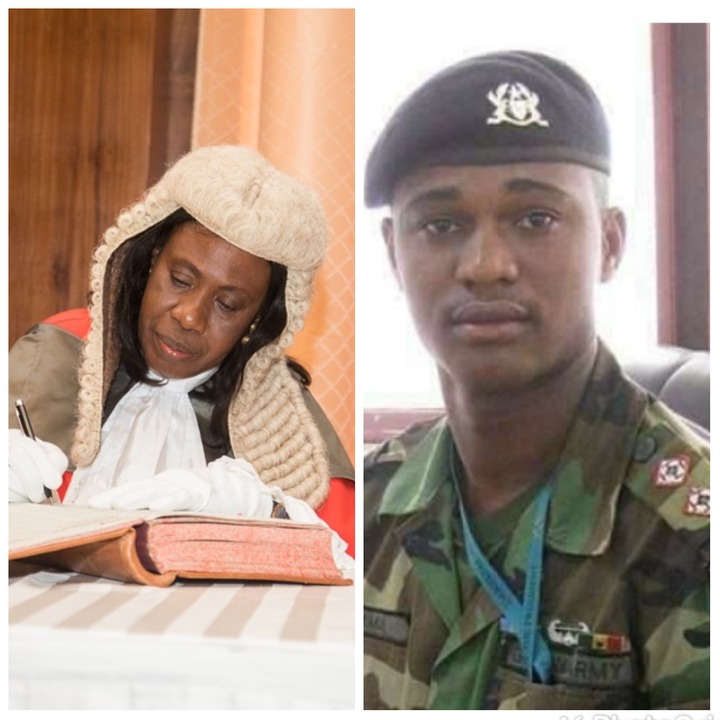 Supreme Court Judge Justice Mariama Owusu received praises from the court audience after she boldly commanded the defence panel. Her action is a clear manifestation that Major Mahama will get Justice soon.

According to Star FM court correspondent InusaMurtala, the lawyer defending the accused persons dropped an allegation which could have delayed the trial.

The defence team reportedly told the Presiding Judge that, they are not allowed to see their clients for a trial conference so she should give them time to organise it.

After further deliberations, Justice Mariama Owusu adjourned the case to Monday October 18th, 2021.she further instructed the defence team to open their side of defence at all cost to quicken the case.