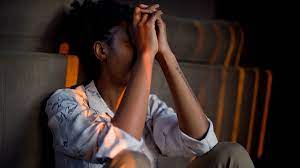 A lady known on Twitter as Lerato has narrated a chilling story of how her own cousin ‘stole’ her best friend of 10 years’ fiancé and baby daddy earlier this year and later lost him a few days to their wedding.

Lerato revealed that her cousin got engaged to the man after dating each other for three months and were set to get married this Saturday only for them to wake up to the news that the man died in his sleep.

According to her, her cousin and the man were warned that nothing good would come out of building a home on another woman’s tears but neither of them gave a listening ear and headed to their advice.

Part of her tweets reads;

Karma or divine / universal retribution by way of a village witch, the bestie’s ancestors, or just the universe teaching them a lesson? I don’t know but what I do know is that this whole situation sucked from start to finish. The scorned bestie is deffo somewhere doing cartwheels.

Reacting to her narration, an IG user @foodiethatcooks wrote; `What is “stole?? How do they steal a human being? Was he kidnapped? Both of them wanted to be together for whatever reason,they both betrayed someone. Nobody stole anybody

nicolenicol21 wrote; `It’s the way people expect a “happy ending” after causing someone pain for me. I mean,is karma your relative or what?