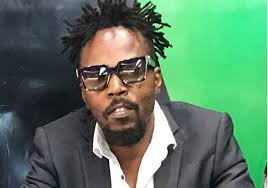 Emmanuel Kofi Botchwey, a Ghanaian musician well known as Kwaw
Kese, opened the door to why his first marriage ended.

In an interview with ZionFelix on the ‘Uncut’ Show, Kwaw Kese claimed that love goes where love is, speaking about why his marriage to his American wife, Ann, ended after six (6) years of being together.

You might find someone who has everything in the world, according to him, but if there’s no passion, it’s going to be hard for you to maintain the relationship for a long time.

The ‘Victory’ composer said that when they first met, Ann’s love was really close.

Sadly, at one point, Kwaw Kese said their affection for each other had diminished.

The rapper emphasized that it is often easier to let stuff go than to hold on while in pain.

It was clarified by Kwaw Kese that they both decided to part ways. Kwaw Kese is currently married to Doris Nana Pokuah Kyei Baffour, and the couple has three children.