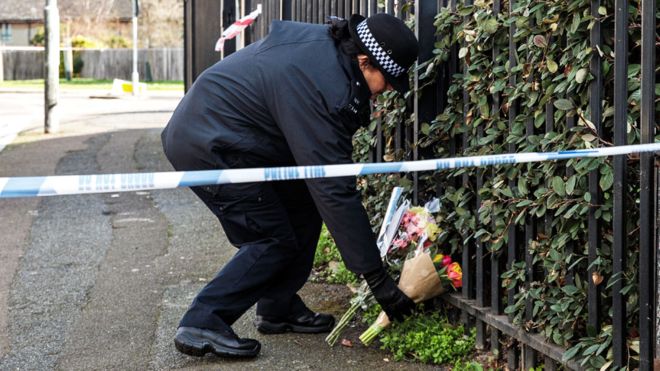 Police recorded 40,829 offences involving knives or sharp instruments in 2018, up 6% on the year before.

Office for National Statistics figures show cases of murder and manslaughter, excluding terror attacks, also rose by 12%. There were 732 killings, up from 655 in 2017 – the highest since 2007.

But the separate Crime Survey, based on people’s experiences, points to no significant change in overall crime.

The police-recorded knife crime figures come amid a national debate on the issue, following a spate of assaults and killings involving young people.

They show these recorded offences are continuing to rise and are at their highest level since 2011 – the year that knife crime statistics started to be gathered in a unified way.

According to the statistics, there was an increase in knife offences recorded in 31 of the 43 police forces in 2018.

But the knife crime statistics do not include Greater Manchester Police because of differences in the way the force has been recording offences.

The number of killings in 2018 last year was at its highest in any calendar year since 2007, when the total reached 765.

Meanwhile, the Home Office has announced proposals for teachers and NHS workers to help tackle youth crime, as well as more stop and search powers for police.

Policing minister Nick Hurd said figures from the Metropolitan Police suggested that action to tackle violent crime was having an impact.

He added: “Law enforcement alone is not the answer which is why our serious violence strategy puts a greater focus on prevention – including by consulting on a proposed new duty to underpin a public health approach to serious violence, and investing over £220m in projects to steer young people away from crime.”

However, Yvette Cooper, who chairs the Home Affairs Select Committee, said: “The police are completely overstretched and crime prevention work is far too limited.

The Labour MP added: “The Home Office and government response on knife crime and other rising crimes is still far too weak and just doesn’t match the scale of the problem.”

The police recorded-crime figures also show there was an 11% rise in robberies and a 2% fall in firearms offences in 2018.

The data was published at the same time as the Crime Survey for England and Wales, which is based on people’s experiences of crime and includes offences that are not reported to police.

It suggests there was a 12% increase in fraud offences but a 28% decrease in computer misuse and a 3% fall in burglaries.

It also suggests there was no overall increase in violent offences.

This is in contrast to the police – who recorded a 19% rise in violent offences last year to 1.6m.

The Office for National Statistics considers the survey a more reliable indication of such overall trends as it includes lower-level attacks which may not be reported to police.

Alexa Bradley, from the Office for National Statistics, said: “It is important to look at each crime type separately because the picture is very mixed.

“Even within crime types we have seen differences… Lower-volume high-harm violence involving knives has risen, whereas offences involving firearms have decreased.”

The figures were issued on the same day the Home Office separately released statistics showing that the number of crimes solved by police in England and Wales has fallen to a new low.

Last year, 8.2% of offences led to a suspect being charged or summonsed to appear in court. That was down from 9.1% in 2017 – and the lowest charge rate since the figures were first compiled in this way in 2015.

In 45.7% of cases, no suspect was identified, slightly down on the year before – while incidents where a victim decided not to support further action accounted for 22.4%.