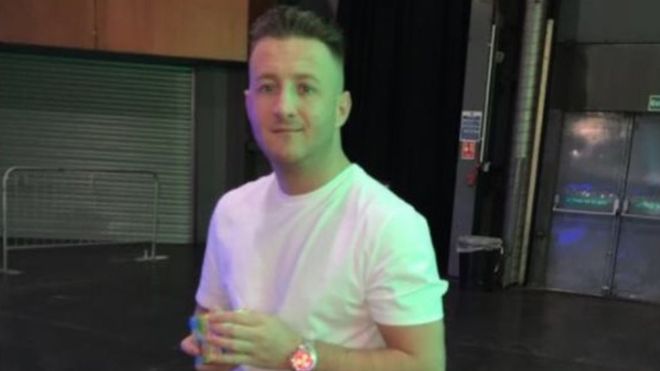 A reward of up to £10,000 has been offered in a bid to catch the killer of a man who was shot in the head at a set of traffic lights in Glasgow.

Kenny Reilly, 29, was targeted as he sat in the passenger seat of a silver BMW on Bilsland Drive, Maryhill.

He died in the city’s Royal Infirmary two days later but, despite a series of appeals, the murder remains unsolved.

The charity Crimestoppers has now put up a reward on the first anniversary of the shooting.

Mr Reilly was critically injured at about 22:25 on 16 April last year when a masked man got out of a black people carrier and fired several shots at him.

The burnt out Ford S Max was discovered later that night in Craigieburn Gardens, Glasgow.

Police later established the Ford had been stolen from Giffnock, East Renfrewshire, the previous month.

In February officers revealed a second car, a blue Volkswagen Polo, which was seen in the area before and after the shooting, was of interest to the inquiry.

The vehicle, which had been fitted with false plates, was stolen from the University of Glasgow School of Veterinary Medicine in Maryhill in September 2017.

After the murder, it was recovered in Kirkintilloch, East Dunbartonshire, where it was abandoned.

Detectives believe the shooting is linked to a local feud.

A Crimestoppers spokesman said: “Violence, on this level, with shots being fired into a car on a main road during the evening, is extremely distressing.

“The victim leaves behind a girlfriend and a young son.

“We are well aware that some people feel unable to speak directly to authorities, which is why our charity is here to give people options.

“If you have any information about who was responsible for this attack, you can contact us and stay 100% anonymous by calling 0800 555 111 or by using our anonymous online form.”

The reward will expire on 12 July and to qualify the information must lead to the arrest and conviction of those responsible.