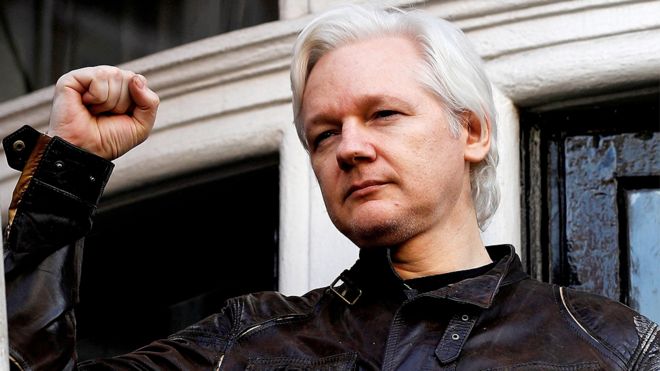 Wikileaks co-founder Julian Assange has been arrested at the Ecuadorian embassy in London.

Mr Assange took refuge in the embassy seven years ago to avoid extradition to Sweden over a sexual assault case that has since been dropped.

The Met Police said he was arrested for failing to surrender to the court.