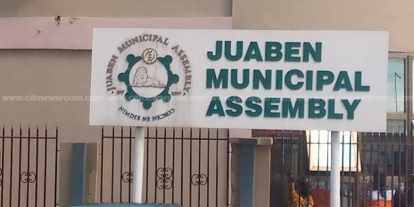 A meeting to confirm the Metropolitan Chief Executive nominee for Juaben in the Ashanti Region is expected later this morning after 20 assembly members boycotted a similar exercise last week Friday.

The 20 assembly members boycotted the October 30 process over what they described as intimidation because of the heavy security presence.

The aggrieved members cited a similar incident at Kumawu during the confirmation of the DCE nominee and said they cannot risk their lives to take part in the exercise.

Police also tried to prevent the media from interviewing the aggrieved Assembly Members who are outside the Circuit Court premises, where the confirmation was taking place.

Not even the intervention of the Paramount Chief for the Juaben Traditional Area, Barima Otuo Siriboe got the Assembly Members to back down on their decision.

Juaben is the outstanding Municipality to have its nominee for MCE confirmed after all 42 districts in the Ashanti Region went through the exercise.

The nominee, Alex Sarfo Kantanka, garnered six out of 26 votes cast in the first exercise.