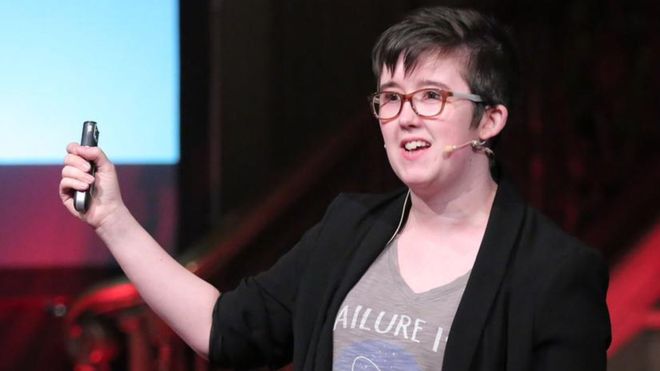 A journalist has been shot dead during rioting in Londonderry that police are treating as a “terrorist incident”.

Dissident republicans are being blamed for killing 29-year-old Lyra McKee during rioting after police searches in Derry’s Creggan area on Thursday night.

Assistant Chief Constable Mark Hamilton said the New IRA “are likely to be the ones behind this” and detectives have started a murder inquiry.

Prime Minister Theresa May said the murder was “shocking and senseless”.

Ms McKee was a journalist who “died doing her job with great courage”, added Mrs May.

The Police Service of Northern Ireland said that a gunman fired shots towards police at about 23:00 BST on Thursday.

Mobile phone footage taken by a bystander during Thursday night’s rioting appears to show a masked gunman crouching down on the street and opening fire with a handgun.

Ms McKee, who was standing near a police 4×4 vehicle, was wounded.

“She was taken away from the scene in a police Land Rover to Altnagelvin Hospital but unfortunately she has died,” said Mr Hamilton.

The National Union of Journalists (NUJ) said Ms McKee was “one of the most promising journalists” in Northern Ireland.

She was a journalist of “courage, style and integrity” and a “woman of great commitment and passion”, said the union’s assistant general secretary Séamus Dooley.

“I have no doubt that it was that commitment which led to her presence on the streets of the Creggan last night, observing a riot situation in the city.”