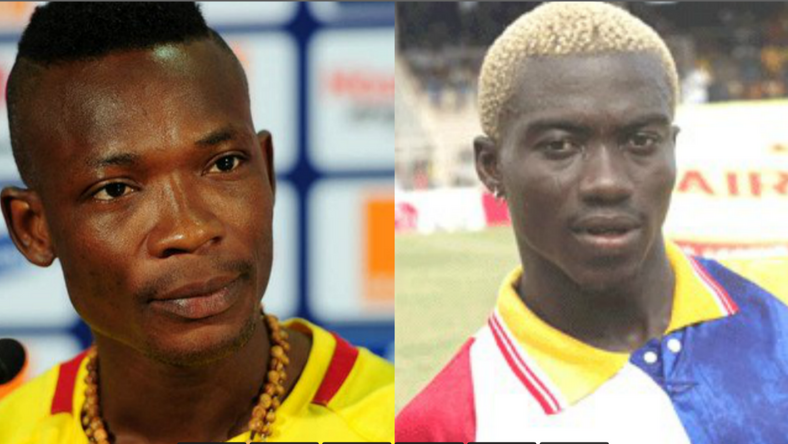 Former Hearts of Oak player, Bernard Dong Bortey has stated that he is not ready to render an apologize to John Paintsil for accusing him of destroying his career.

This comes after the former Ghana defender, Paintsil had given a three-day ultimatum to Bortey to retract and apologize for wrongfully accusing him of destroying his career or he will be forced to disclose the shameful and disgraceful act which cost him a move to the Israeli side.

The former Hearts of Oak winger in an interview with Joy FM refuted the theft allegations and insisted that his career was marred by a lie leveled against him by the former West Ham United right-back of stealing a watch in Israel 15-years ago.

Paintsil was at Israeli outfit Maccabi Tel Aviv in 2004 when Don Bortey went on a trial there but due to certain circumstances which many believed was a theft led to Bortey’s deportation back to Ghana without getting a career-defining deal.

However, the former Aduana Stars man reacting to Paintsil’s threat stated that he has nothing to apologize for as he still maintains his innocence.

“Why should I apologize to John Paintsil? I will never do that mistake,” he told Onuapa FM.

“I don’t even know his number and if he feels, he is a matured player, he should have contacted me for an explanation about this issues before coming out.”

“I don’t have any problem with him, he is my friend and if he wants to talk to me, let him contact me.

Bortey was one of the most exciting footballers at the juvenile level, but he never secured any attractive contract to ply his trade abroad during his heydays.

He spent the best part of his career as a footballer with Accra Hearts of Oak, helping them to win the CAF Confederation Cup and several league titles.