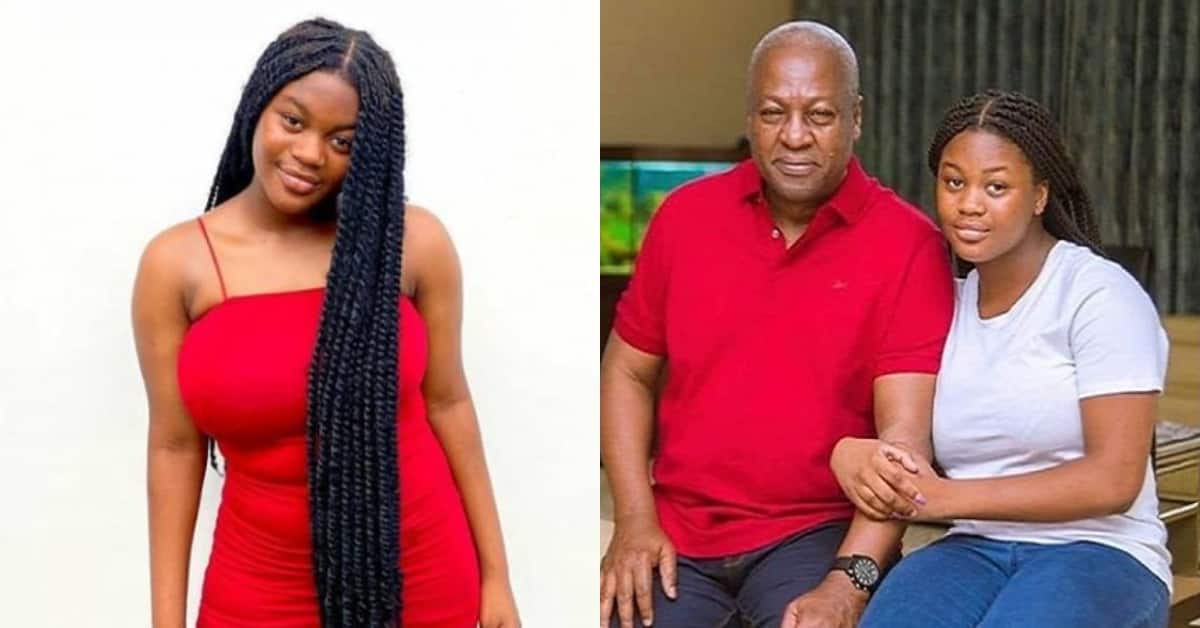 Former president of Ghana, John Dramani Mahama and his daughter, Farida Mahama have warmed hearts on social media with a video of them sharing some family goals.

Farida has been giving Ghanaians especially men so much to yearn for any time she drops a photo or video of herself and she is blessed with beauty.

In this new video, Mahama seems to have taken interest in bonding with his daughter the more now that he is not occupied with managing the affairs of the country as he still remains in opposition.

Farida Mahama is seen dancing by herself and later invited her dad who was rocking matching outfits jumped in and put his arm around her shoulders. She made some brief dance moves as her dad was watching the camera.

Meanwhile, Kemi Olunloyo claimed in a tweet that DJ Switch and FEMCO destabilized the city of Lagos and needs to be tried for messing up national security.

According to her, Lagos was totally destroyed by the Lekki toll gate protesters and their hoodlum friends and she exclaimed many don’t even know how business owners suffered as a result of the EndSARS protest that happened in October 2020.

Reacting to her comment, social media users alluded that Kemi Olunloyo is unwell mentally and it is high time people quit listening to her on social media.