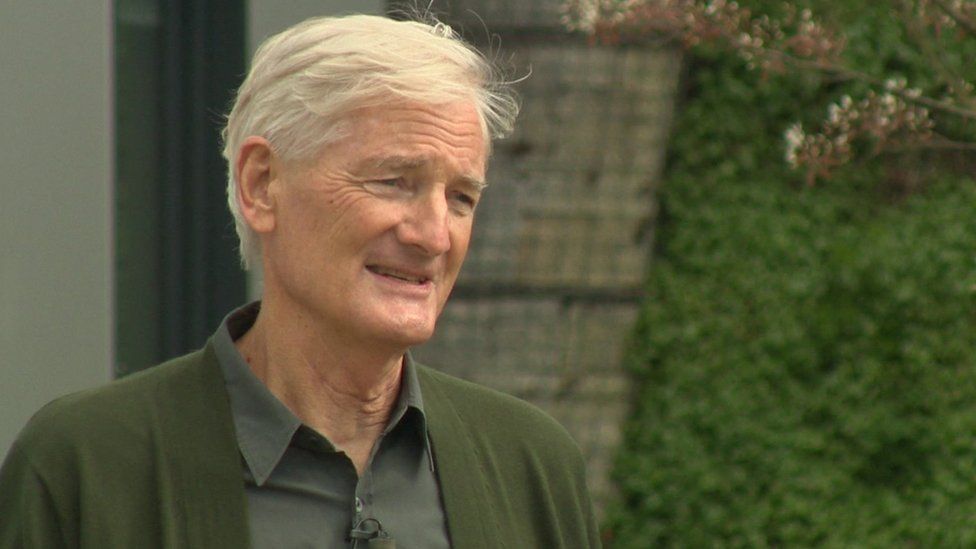 Brexit has given the UK back its independence and boosted innovation, inventor Sir James Dyson has said.

“We’ve got our freedom, we can make trade agreements with other countries outside Europe [and] we can employ people from all around the world,” Sir James told the BBC.

The latest statistics for February show UK exports to the EU remain below the same level last year.

He also defended moving Dyson’s global headquarters to Singapore in 2019.

At the time, the pro-Brexit entrepreneur was accused of “hypocrisy”, after claiming the UK would gain more from leaving the EU than it would lose.

“We’re a British company – I’ve put a lot into this country,” he said.

“I can’t make things here and bring over all the components from the Far East here, assemble them here and then send them back to the Far East. That just doesn’t work.”

The interview came as Dyson announced plans to create 200 new jobs at its research facilities in Malmesbury and Hullavington, Wiltshire.

The plans are part of a £2.75bn global investment plan into emerging technologies and products, announced in November.

Sir James said the end of the UK’s transition period with the EU, had enabled Dyson to hire the engineering talent it was lacking in the UK.

“We have 60 different nationalities on this site. I employ them from all over the world.”

Sir James said the reason he had to move Dyson out to Asia was because Dyson’s British suppliers “didn’t want to expand with us”.

When asked whether he could be making more innovation happen in the UK, he said: “I’ve invested about £2bn on this site [in Wiltshire].

He said that the invention of the vaccine showed that the UK had “an independence of spirit” that was now able to shine through.

“That couldn’t be better demonstrated than in the development of the [Oxford-AstraZeneca] vaccine,” he said.

“We weren’t part of the European development of the vaccine. We had to develop our own… a world record-beating vaccine produced in record time, and that’s because we produced it.”

Sir James said that Asia was the fastest growing market in the world and that it was “very important” for Dyson to have a presence there.

“It would be arrogant to think that we could design and develop products for Asia and Britain,” he said.

“We can develop technology, but understanding what Asians want and what works in the market – we have to be there, we have to be immersed in it.”